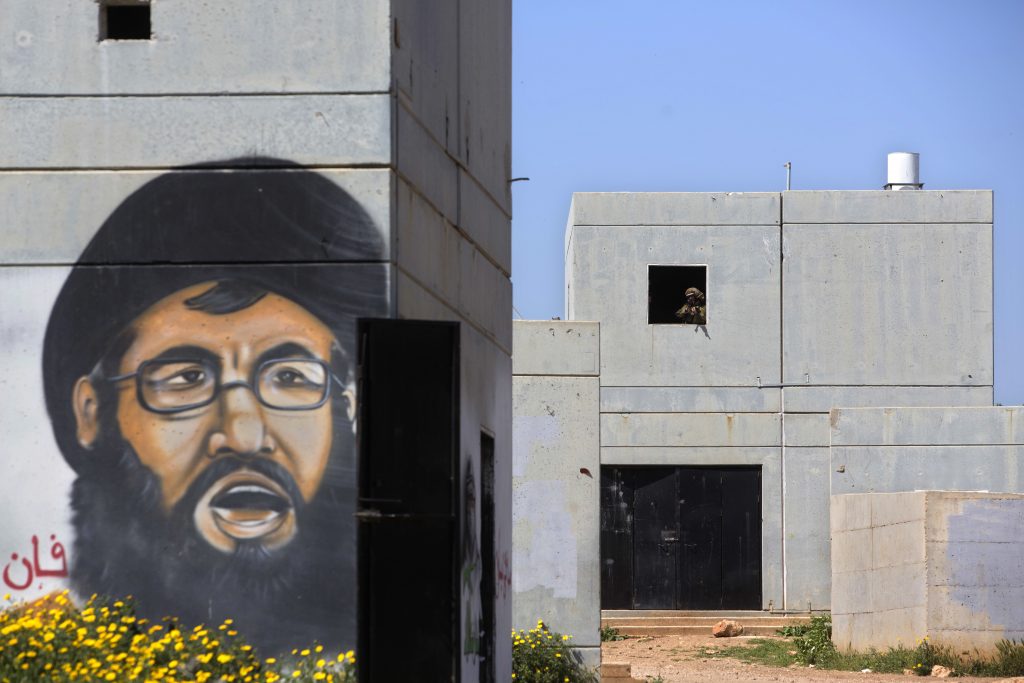 Between a collection of concrete buildings with Arabic graffiti that are designed to simulate a typical Lebanese village, dozens of IDF officers are gearing up for their next battle with Hezbollah terrorists.

It’s a mission the IDF has focused on intensely in the decade since it fought an inconclusive month-long war with the Iranian-backed group. But this drill at a base in northern Israel takes on added significance in the wake of rising tensions in the north. The friction includes a rare clash along the Syrian border this month in which Israel shot down an anti-aircraft missile fired at its planes as they were carrying out an airstrike on a suspected Hezbollah weapons convoy from Syria to Lebanon.

In the past month alone, Hezbollah chief Hassan Nasrallah has also threatened to strike Israel’s nuclear facilities if Israel were to attack, and Israel has detailed a contingency plan to evacuate up to a quarter million civilians from border communities to protect them from attacks from Hamas, Hezbollah or other terrorist groups. In another sign of the escalating feud, Israel’s military chief, Lt. Gen. Gadi Eisenkot, revealed intelligence that Hezbollah’s top military commander was killed in Syria in May 2016 by rivals within the group — perhaps even on orders from Nasrallah himself.

Though the IDF officers taking part in the drill insisted that their training was business as usual, the backdrop clearly offered a reminder of what could await.

“We are trying to give the commanders and the soldiers the environment that looks like the real war so that they can have the feeling, when they will have to go to war, they will feel that they did it before. This is the purpose of the training — to prepare for the real thing,” said Col. Kobi Valer, commander of the Elyakim Military Base in northern Israel. “The forces need to know that this could be their last training before the war.”

In the mock village in Elyakim, the reserve officers focused on the type of urban warfare that their comrades struggled with in 2006.

“All of this facility is meant to give us a more realistic feeling,” said Capt. Ofek Sinai, a 26-year-old reserve platoon commander. “Undoubtedly, doing this a few weeks every year makes people more confident about fighting in a real war.”