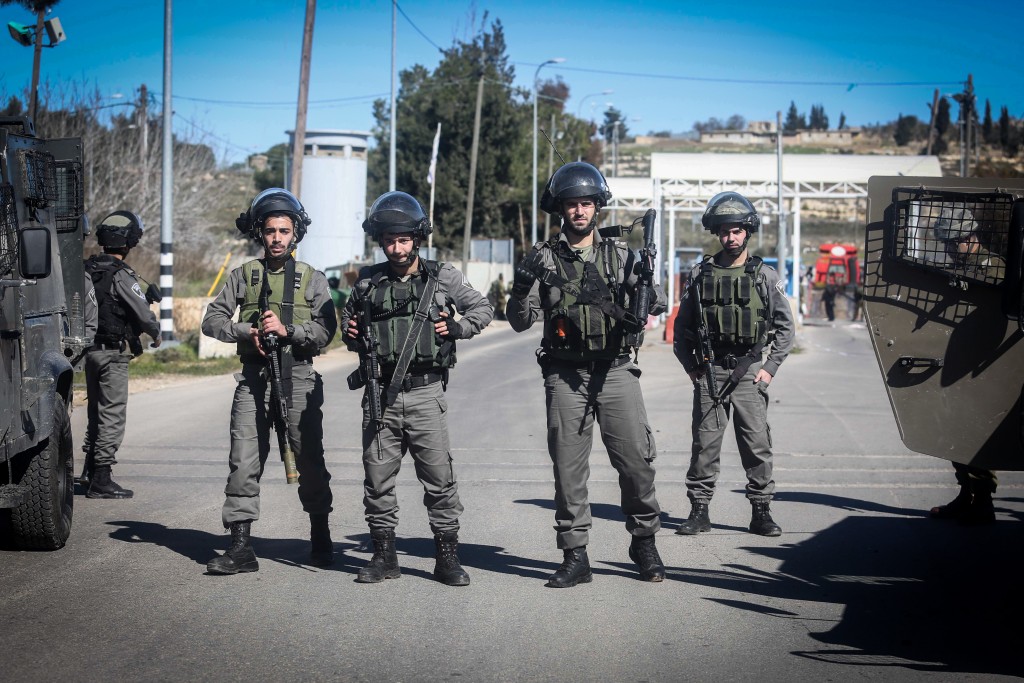 The IDF conducted a major “surprise” drill in Yehudah and Shomron Wednesday, as hundreds of soldiers began a four-day exercise in which soldiers prepared for a range of defense scenarios. The drill included units of various divisions of the IDF stationed in the region, including soldiers from Golani, Givati, Kfir, Border Police and other units. This is the first time in five years that a general drill is being conducted together by these different units.

Israeli security forces were preparing for a Hamas terror attack in the wake of the elimination over the weekend of Mazan Fuqua, a top Hamas terrorist who was found dead in Gaza Friday night. Hamas has vowed revenge for his shooting death, which it accused Israel of carrying out. “The enemy cut down one of our great heroes in Gaza,” said Hamas top terrorist Khaled Mashaal in a speech he made in Qatar earlier this week. “The enemy has settled a score with one of our released prisoners. The challenge is opened and we accept it. We are dedicated to releasing all prisoners, to free Jerusalem and Al-Aqsa. Our will is stronger than their weapons.”

Among the exercises in this week’s drill are scenarios that include kidnappings of soldiers or civilians, rioting, car-ramming attacks, and invasions of Jewish towns by terrorists. Soldiers are utilizing existing tactics and developing new tactics to deal with these security threats, the IDF said.

While Hamas has accused Israel many times of eliminating its terrorists and threatened revenge often, the current situation is seen as the first test for new top Hamas terrorist Yahya Sanwar, who recently took the reins of the terror group from Khaled Mashaal. Sanwar, like Fuqua, was released from an Israeli prison in 2011 in the deal to release IDF soldier Gilad Shalit, and also immediately returned to terror activities.

Sanwar is a founder of the Hamas military wing and one of the kidnappers of IDF soldier Nachshon Wachsman, Hy”d, whom he helped murder. Sanwar’s brother Muhammad was one of the kidnappers of Shalit in 2006, and Yahya Sanwar assisted in that operation as well. He is considered among the more fanatic Islamists in the terror group and has written in apocalyptic terms of “perpetual war” with Israel, according to reports. Sources in Gaza said that the response to Fuqua’s death may not come immediately, but when it came, it would be “sharp.”

The immediate concern for the IDF is to ensure security over the upcoming Pesach holiday, when hundreds of thousands will take to the roads for Chol Hamoed outings, including in Yehudah and Shomron. The army will be posting more soldiers in the region.

Speaking last week before the Knesset Foreign Affairs and Defense Committee, Shin Bet head Nadav Argaman said that Israelis should not be fooled by the current relative period of security quiet. “We are now coming into the Pesach season, and I have no doubt that terrorist groups, especially Hamas, will be seeking ways to take advantage of preparations for the holiday to carry out attacks,” Argaman said. With large numbers gathering for shopping, family outings and other events that mark the holiday season, terrorists will be seeking opportunities wherever they can to carry out attacks, he added.

“Over the past years we have experienced a terror wave, a wave which commenced in October 2015 and continued to rise in severity until the first quarter of 2016,” Argaman told MKs at the meeting. “We instituted numerous changes and measures, including technological measures, to deal with this, and we have been able to halt this type of attack to a great extent. We have been able to stop more than 400 planned attacks using these methods.”