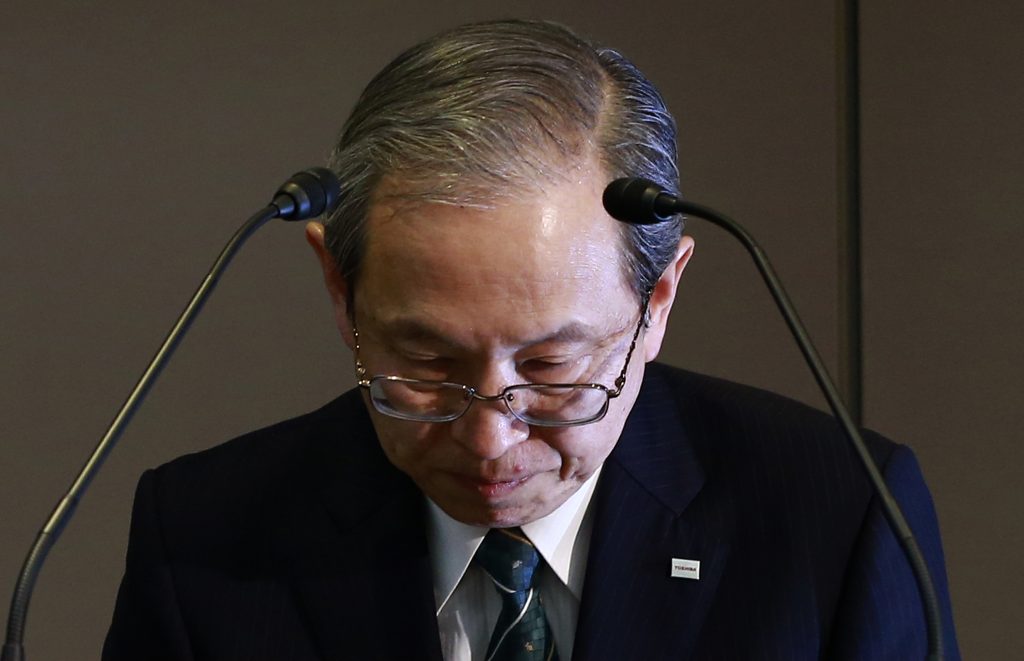 Toshiba said in a statement that it filed the Chapter 11 petition in the U.S. Bankruptcy Court of New York. The move had been largely expected.

Toshiba has said it’s expecting a loss of 500 billion yen ($4.3 billion) for April-December of last year, including a 712.5 billion yen ($6.2 billion) hit from its embattled nuclear business. It said on Wednesday that it was working out revised numbers, and warned that the loss for the fiscal year may grow to 1 trillion yen ($9 billion).

Toshiba acquired Westinghouse in 2006 with much fanfare, making nuclear power an important part of its business strategy.

After the March 2011 nuclear disaster in Fukushima, costs of the business have ballooned because of growing safety concerns and regulations, and a souring of sentiment toward nuclear power in some countries, such as Germany.

Toshiba has been eager to get Westinghouse off its books to improve its plight, and it said it would do just that from this fiscal year. It has said earlier it wants to sell Westinghouse. Toshiba said Westinghouse had racked up debt of $9.8 billion.

Toshiba President Satoshi Tsunakawa said the move was aimed at “shutting out risks from the overseas nuclear business.”

“We want to make this our first step toward recovering our solid business,” he told reporters after the announcement.

Toshiba reiterated its view that at the root of the problem was the acquisition of U.S. nuclear construction company CB&I Stone and Webster. It declined comment on possible future partners in the rehabilitation of Westinghouse.

Toshiba, which has been unable to report its financial results as required, postponing it into next month, said it would monitor the rehabilitation proceedings and disclose information as quickly as possible.

Its chairman has resigned to take responsibility for the company’s troubles.

Auditors questioned Toshiba’s latest reporting on the acquisition of CB&I Stone & Webster after a whistleblower, an employee at Westinghouse, wrote a letter to the Westinghouse president.

The company’s reputation has also been tarnished in recent years by a scandal over the doctoring of accounting books to meet unrealistic profit targets.

Satoshi Ogasawara, who has written a book about Toshiba’s systematically falsifying financial results, says executives knew of the problems for years but kept procrastinating, hoping against hope that things would get better and they would be able to avoid blame. But things just got worse.

“Buying Westinghouse was the beginning of the end,” he said. “But even before that, there was a dubious corporate culture.”

Toshiba already faced problems in its personal computer business amid competition from Dell, Lenovo and HP. The drop of oil prices combined with the Three Mile Island and Fukushima accidents made nuclear power less lucrative, and plant construction kept getting stonewalled, said Ogasawara. He believes many executives responsible for the mess are still at Toshiba, without being held responsible.

The company has said it will no longer take on new reactor construction projects and will focus on maintaining the reactors it already has. But it is also involved in the decommissioning of the Fukushima Dai-ichi nuclear plant, which suffered multiple meltdowns after the March 2011 tsunami. Toshiba has sold off so many parts of its once prized operations, such as computer chips and household appliances, it has little left but its infrastructure business.”