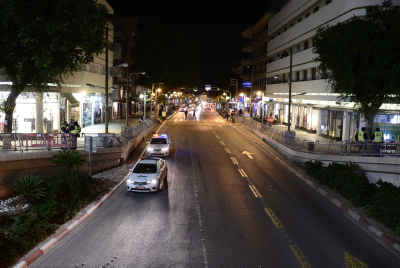 Tel Aviv Police on Wednesday arrested 45 members of a loosely organized gang whom they said were responsible for hundreds of apartment break-ins and property theft crimes in recent years. Many of those arrested were known to the police, and some had substantial records – but until a major police investigation that entailed sending an officer into the gang in a “deep undercover” operation there was scant evidence on who was behind those break-ins.

That evidence is now at hand, thanks to the activity of the officer, who was not named. In a long-term operation that took several months to activate and complete – police did not say exactly how long – the undercover agent gained the trust of criminals, among them contraband dealers, robbers, lock experts and other “specialists.” These criminals maintained a loose association, enabling anyone is in the group who wanted to take on a “job” to have access to a professional network of criminals who could supply the services needed.

So far, police have solid evidence on 13 robberies in the Tel Aviv area, but they expect to have evidence on many more in the coming days, as the 45 detainees are questioned. Among the criminals were several very highly skilled ones, who specialized in “cracking” the high-security locks made by companies like Rav Bariach. Many of the robberies were conducted using this method, enabling robbers to avoid having to break windows, doors, etc., thus leaving behind little evidence of their activities.

In a statement, Tel Aviv police said that the arrests “are the finale in a long-term investigation on property crimes. The arrests will without doubt significantly reduce the number of property crimes in Tel Aviv and elsewhere.”