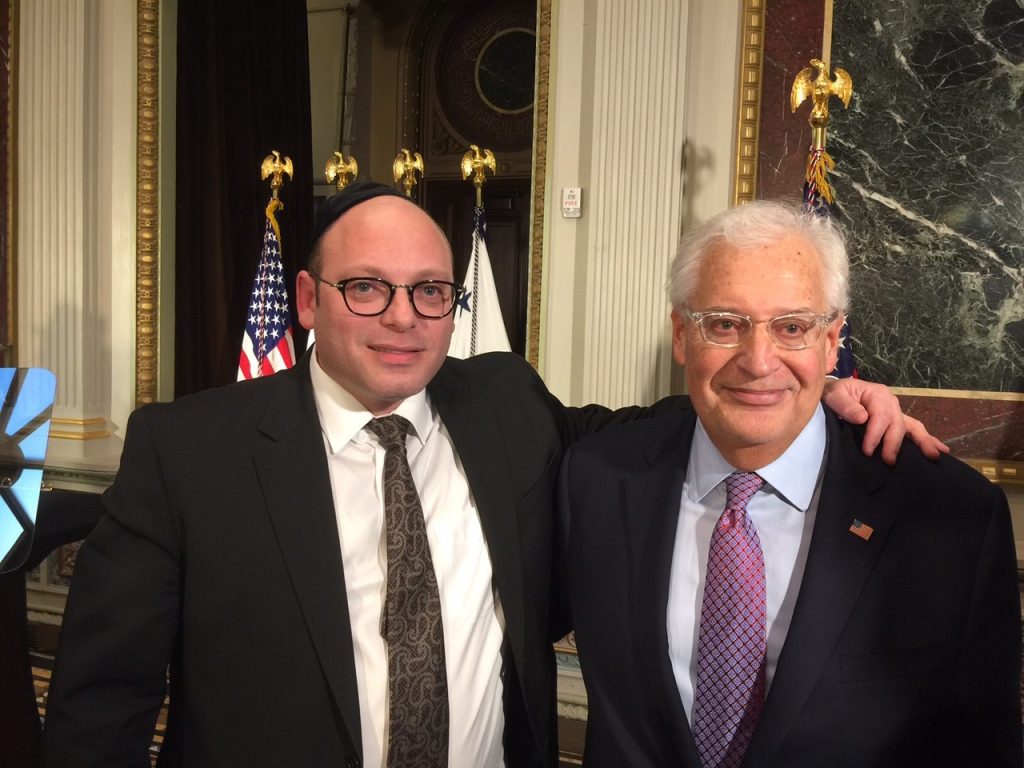 Among this exclusive group of attendees was Duvi Honig, Founder and CEO of the Orthodox Jewish Chamber of Commerce. Honig is a close friend of the new ambassador.

At the event, spoke with officials regarding the community’s economic interests.

The Vice President and White House staffers expressed great interest in our efforts,” Duvi relates. “We look forward to meeting again in the near future and working together to boost economic opportunity for our community and the entire nation.”