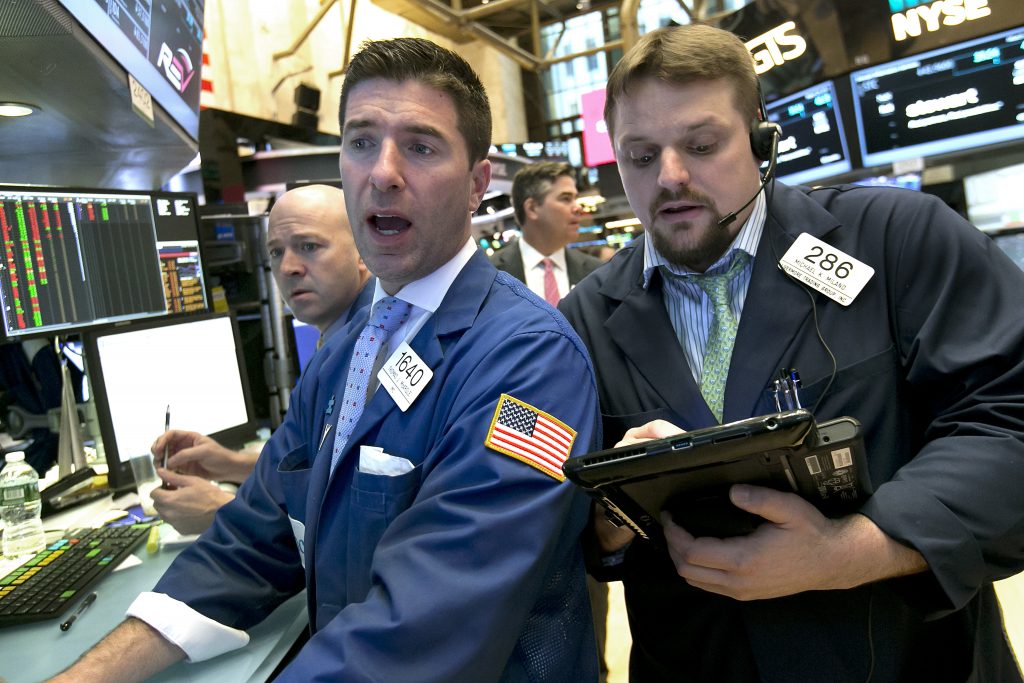 THE QUOTE: “It’s sort of a yawn today in the market,” said Jeff Zipper, managing director at the Private Client Reserve of U.S. Bank. “It’s really a wait-and-see with the focus back on Washington and tax reform.”

EYES ON TRUMP: Investors are hoping that Congress and the White House will enact tax cuts and other business-friendly policy proposals promised by President Donald Trump during his campaign. The expectations helped lift the market in the weeks after the election last November. But some of that investor optimism dimmed in recent weeks after the Trump administration’s bid to pass a bill intended to begin repealing the Affordable Care Act failed to win enough votes.

STRONG QUARTER: Verint Systems jumped 8.9 percent after the software company reported better-than-expected quarterly results. Verint also said during a management conference call with analysts that it is possible that at some point it will split itself into two businesses, but noted it has no plans now to do that. Verint shares rose $3.53 to $43.08.

BAD MEDICINE: Depomed slid 2.6 percent after the drug maker issued disappointing first-quarter sales guidance and replaced its CEO and two board members to resolve a dispute with investment firm Starboard Value. The stock dipped 37 cents to $13.85.

NO FUN: Dave & Buster’s Entertainment fell 3.4 percent after the arcade and restaurant chain announced disappointing sales at older locations. The stock gave up $2.14 to $60.05.

MARKETS OVERSEAS: In Europe, Germany’s DAX climbed 0.4 percent, while France’s CAC 40 added 0.5 percent. Britain’s FTSE 100 was up 0.4 percent as Britain triggered the start of its exit from the European Union, a formal step that kicks off two years of negotiations that will have wide-ranging consequences for business in the region. Earlier in Asia, Tokyo’s benchmark Nikkei 225 index edged up 0.1 percent. South Korea’s Kospi rose 0.2 percent. Hong Kong’s Hang Seng added 0.2 percent. Australia’s S&P/ASX 200 rose 0.9 percent to 5,873.50.