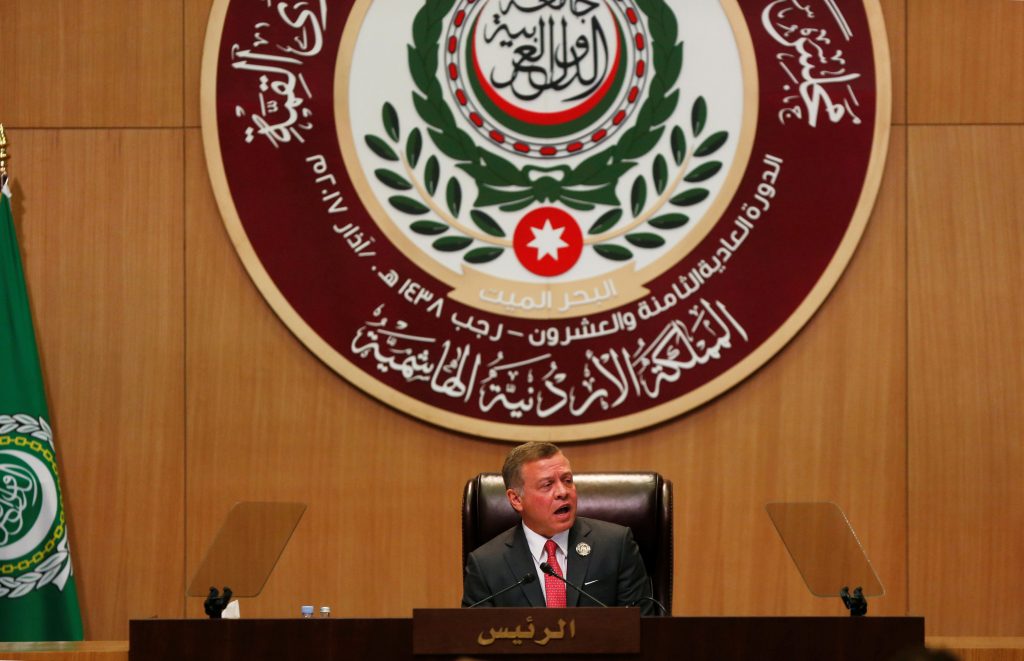 Jordan’s King Abdullah said peace would not be attained in the Middle East without the creation of a Palestinian state under a two-state solution that would be the basis of a comprehensive Arab-Israeli peace deal.

In a speech at the start of an Arab summit held beside the Dead Sea, King Abdullah said the kingdom’s western neighbor Israel was wrecking the chances of peace by accelerating settlement building in occupied Palestinian territory.

“Israel is continuing to expand settlements and wreck chances of peace…. There is no peace or stability in the region without a just and comprehensive solution to the Palestinian cause through a two-state solution,” the king said.

Divided Arab leaders who are attending the one day summit on Wednesday will be seeking common ground to reaffirm their commitment to a Palestinian state, a longstanding goal that U.S. President Donald Trump last month put into doubt.

At a White House news conference with Prime Minister Binyamin Netanyahu last month, President Trump indicated he was open to a one-state solution to the conflict.