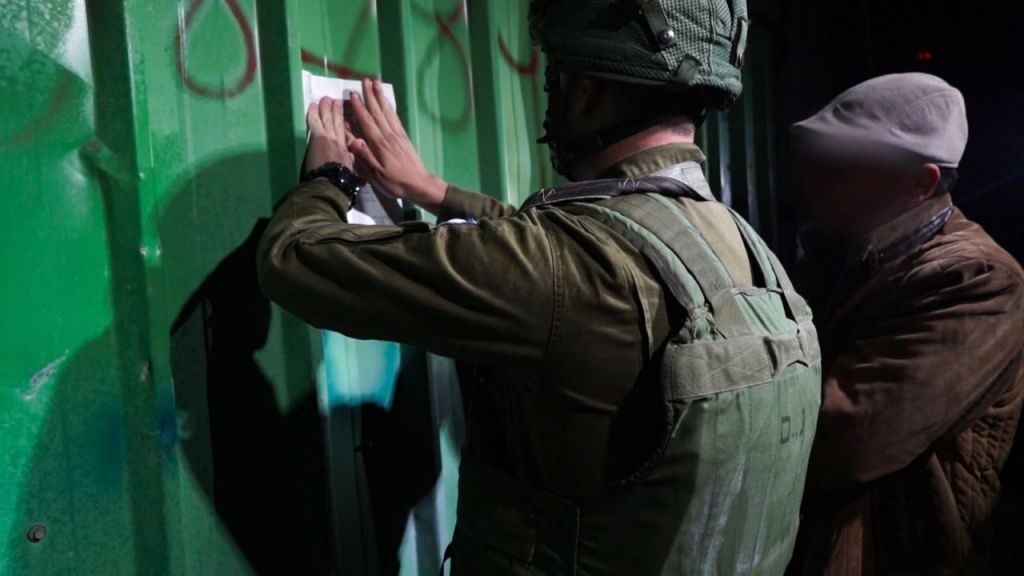 The IDF announced Wednesday that it had raided and shut down three arms workshops in Yehudah and Shomron overnight Tuesday. The three were operating in the Chevron area, and were responsible for “a large amount” of weapons production, the IDF said in a statement. One of the workshops was shut down and sealed in a raid overnight Tuesday, while the other two will meet the same fate later Wednesday.

The workshops included several large metal cutting machines, along with dozens of weapons in various stages of manufacture. Many of the shooting attacks that have taken place over the past year were carried out with weapons manufactured in workshops such as these, the army said. Among the weapons seized in whole or in parts were shotguns, rifles, handguns and parts for M-16 machine guns. Also seized were weapons used by sharpshooters, with a range of 600 meters. Large amounts of ammunition were also seized.