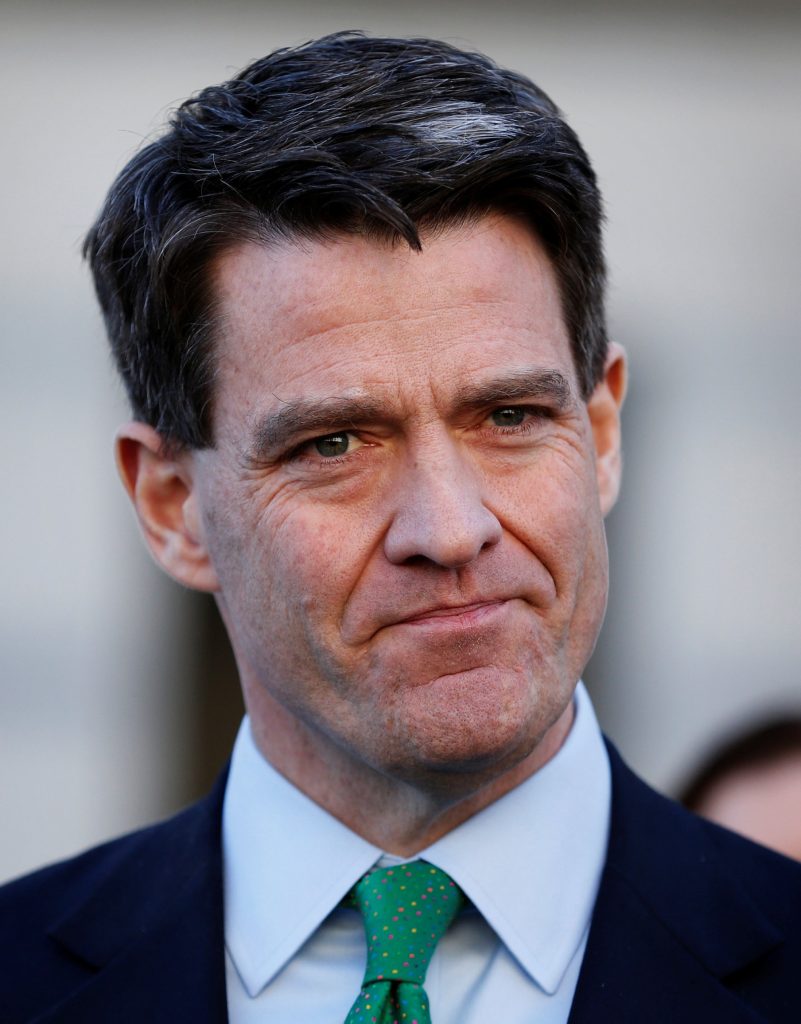 Two former associates of New Jersey Governor Chris Christie were sentenced to federal prison on Wednesday for their part in the “bridgegate” lane-closure scandal that played a major role in torpedoing the Republican’s White House ambitions.

Bill Baroni, 45, the former deputy executive director of the Port Authority of New York and New Jersey, will serve two years, while Bridget Kelly, 44, a former deputy chief of staff for Christie, received a sentence of 1-1/2 years.

The defendants were found guilty in November of plotting to close down access lanes onto the George Washington Bridge – the world’s busiest bridge, which links Upper Manhattan and Northern New Jersey – for nearly a week in 2013 in an act of political retribution.

Prosecutors said the traffic jams the two deliberately created in the town of Fort Lee, New Jersey, were intended to punish its Democratic mayor for refusing to back Christie’s re-election bid, as the governor’s aides tried to burnish his bipartisan credentials before his 2016 presidential campaign.

Christie has denied any involvement in the scheme and was not charged. But the bridgegate scandal tarnished his national profile and resulted in record-low approval ratings in his home state.

U.S. District Judge Susan Wigenton in Newark rejected defense pleas that she sentence Baroni and Kelly to probation rather than prison, citing “an outrageous display of abuse of power.”

But she agreed with prosecutors that Kelly bore slightly less responsibility than Baroni, New Jersey’s highest-ranking Port Authority official. The agency oversees operations for major bridges, ports and airports in the New York City region and is run by officials appointed by the governors of New York and New Jersey.

In arguing for leniency, attorneys for Kelly emphasized her status as a single mother of four, while Baroni’s lawyers pointed to his long career of public service. Both defendants told Wigenton they felt remorse.

“I respectfully ask that you allow me the opportunity to reconnect with my children and rebuild our lives,” a tearful Kelly said.

Baroni and Kelly will be allowed to remain free on bail while they appeal their convictions.

Assistant U.S. Attorney Lee Cortes said in court that the plot to use the bridge to inflict political payback was “out of the playbook of some dictator of a banana republic.”

During the bridgegate trial, Kelly and Baroni testified that another Port Authority executive, David Wildstein, convinced them that the lane realignment was part of a legitimate traffic study.

But Wildstein, who pleaded guilty and was the government’s star witness, told jurors that the defendants were fully aware that the study was a cover story.

It was Kelly’s infamous email to Wildstein saying, “Time for some traffic problems in Fort Lee,” that set the plan in motion, prosecutors said. The three officials selected the first day of school to maximize gridlock and ignored increasingly desperate pleas from Fort Lee Mayor Mark Sokolich for help.

Wildstein served as a go-between for Kelly, in the governor’s office, and Baroni, at the Port Authority. Both defendants testified that they barely knew each other before their arrests.

No other officials have been charged over Bridgegate, though prosecutors introduced evidence suggesting that Christie and numerous members of his inner circle knew about the closures earlier than they had publicly acknowledged.

“While a number of people outside of this courtroom were involved in what happened in Fort Lee that day, some charged, some not, that does not change the fact that I failed,” Baroni said in court.

The governor was in Washington on Wednesday for a White House event. In an interview on NBC before the sentencings, Christie deflected a question about the appropriate penalty.

“The judge will do what the judge believes is appropriate,” he said.

Christie’s bid for the Republican presidential nomination fizzled in February 2016. After that, he became one of the staunchest supporters of his former rival, Donald Trump, who went on to win the nomination and the presidency.

Christie headed Trump’s transition team, but he was replaced in that role and, while at one point considered a potential candidate for a Cabinet post, did not get a post in the administration.

The governor, who is in his second term, is barred from running for re-election this year by New Jersey’s term limits.