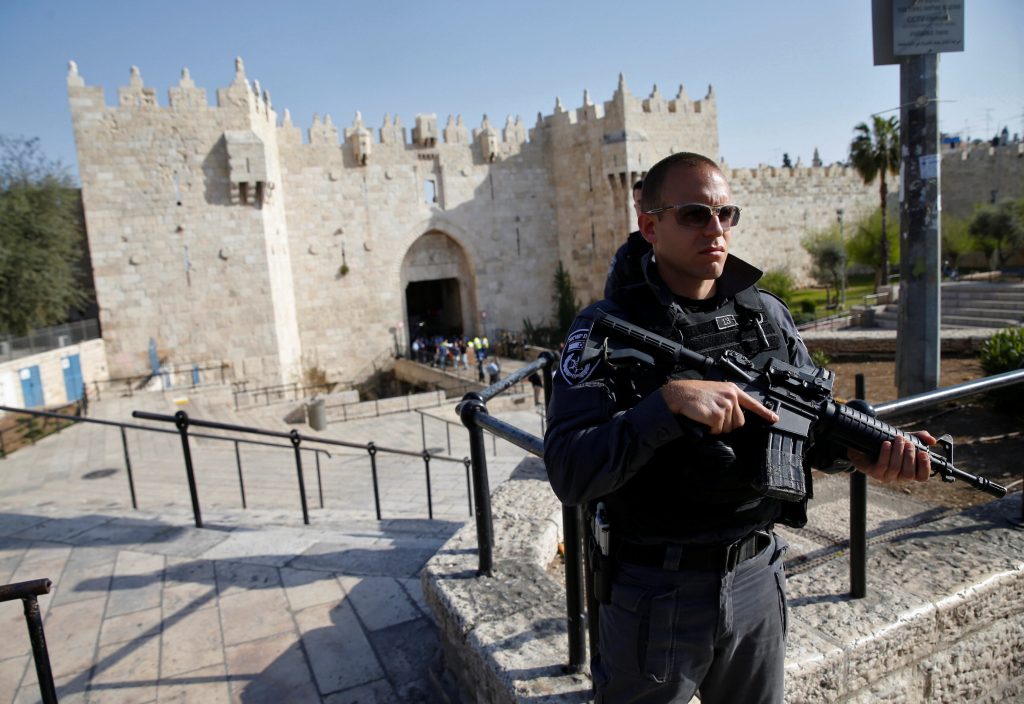 Israeli paramilitary police officers shot and killed a Palestinian woman who tried to attack them with a knife outside the Old City of Yerushalayim on Wednesday, police spokesmen said.

The incident occurred at Shaar Shechem, a heavily guarded entrance to the Old City and the scene of similar violence in the past.

“Police responded to a life-threatening situation and the female terrorist was shot dead at the scene,” police spokesman Micky Rosenfeld said.

Luba Samri, a police spokeswoman, said the 49-year-old woman had “approached a group of officers, pulled out a knife and tried to stab them.” She said the woman was a resident of the Arab neighborhoods of East Yerushalayim.