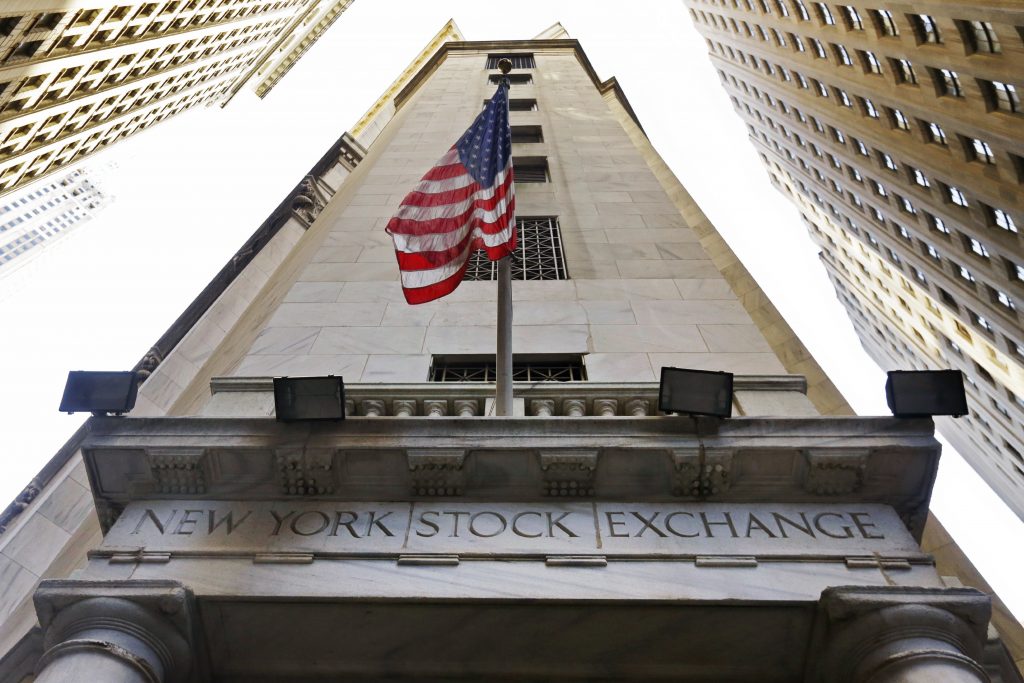 THE QUOTE: “The market is sort of in a holding pattern waiting for additional clarity from the administration on corporate tax reform,” said Nadia Lovell, U.S. equity strategist at J.P. Morgan Private Bank. “We do view the pivot away from health care reform on Friday as an overall net positive.”

NOT SPLITTING: General Motors gained 3 percent after its board voted to reject a proposal from investor David Einhorn to split the automaker’s stock into two classes. GM shares rose $1.04 to $35.75.

TASTY RESULTS: Darden Restaurants jumped 8.5 percent after the owner of Olive Garden reported strong quarterly results and said it will buy the Cheddar’s Scratch Kitchen chain for $780 million. Cheddar has 165 locations in 28 states. Darden rose $6.42 to $82.

SMOOTH SAILING: Carnival rose 1.3 percent after the cruise line operator served up solid first-quarter results and a better-than-expected estimate for the second quarter. The stock, which closed at an all-time high on Monday, gained 79 cents to $59.66.

ECONOMIC INDICATORS: The Conference Board said that its consumer confidence index rose this month to 125.6, its highest level in more than 16 years. Separately, the latest Standard & Poor’s CoreLogic Case-Shiller home price index showed that home prices rose at the fastest pace in more than two years in January. Mortgage rates are rising but that’s not expected to affect home sales yet because hiring is still strong, rates are low and there aren’t a lot of homes on the market.

MARKETS OVERSEAS: In Europe, Germany’s DAX was up 1.3 percent, while France’s CAC 40 was 0.6 percent higher. The FTSE 100 index of leading British shares was up 0.7 percent. Investors, particularly in U.K.-related assets, will have more to chew on Wednesday when the British government finally triggers the two-year process by which it leaves the European Union. In Asia, Tokyo’s Nikkei 225 gained 1.1 percent. Hong Kong’s Hang Seng added 0.5 percent. Seoul’s Kospi rose 0.3 percent.