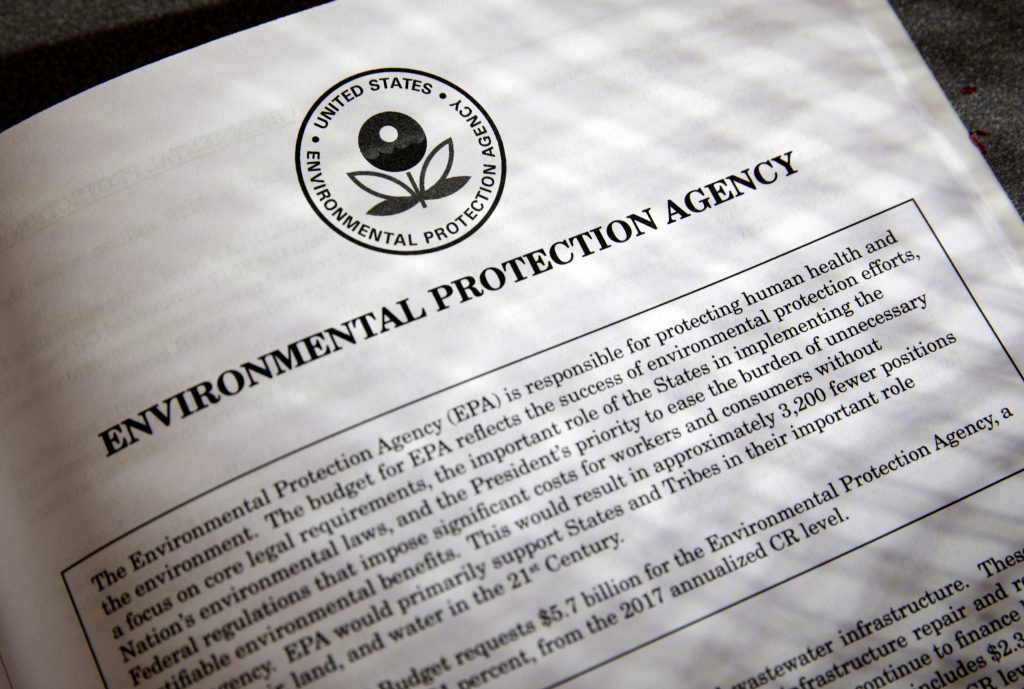 Moving forward with a campaign pledge to unravel former President Barack Obama’s sweeping plan to curb global warming, President Donald Trump will sign an executive order Tuesday that will suspend, rescind or flag for review more than a half-dozen measures in an effort to boost domestic energy production in the form of fossil fuels.

As part of the roll-back, President Trump will initiate a review of the Clean Power Plan, which restricts greenhouse gas emissions at coal-fired power plants. The regulation, which was the former president’s signature effort to curb carbon emissions, has been the subject of long-running legal challenges by Republican-led states and those who profit from burning oil, coal and gas.

President Trump, who has called global warming a “hoax” invented by the Chinese, has repeatedly criticized the power-plant rule and others as an attack on American workers and the struggling U.S. coal industry. The contents of the order were outlined to reporters in a sometimes tense briefing with a senior White House official, whom aides insisted speak without attribution despite President Trump’s criticism of the use of unnamed sources in the news media.

The official at one point appeared to break with mainstream climate science, denying familiarity with widely publicized concerns about the potential adverse economic impacts of climate change, such as rising sea levels and more extreme weather.

In addition to pulling back from the Clean Power Plan, the administration will also lift a 14-month-old moratorium on new coal leases on federal lands.

The Obama administration had imposed a three-year moratorium on new federal coal leases in January 2016, arguing that the $1 billion-a-year program must be modernized to ensure a fair financial return to taxpayers and address climate change.

President Trump accused his predecessor of waging a “war on coal” and boasted in a speech to Congress that he has made “a historic effort to massively reduce job-crushing regulations,” including some that threaten “the future and livelihoods of our great coal miners.”

The order will also chip away at other regulations, including scrapping language on the “social cost” of greenhouse gases. It will initiate a review of efforts to reduce the emission of methane in oil and natural gas production as well as a Bureau of Land Management hydraulic fracturing rule, to determine whether those reflect the president’s policy priorities.

It will also rescind Obama-era executive orders and memoranda, including one that addressed climate change and national security and one that sought to prepare the country for the impacts of climate change.

The administration is still in discussion about whether it intends to withdraw from the Paris Agreement on climate change. But the moves to be announced Tuesday will undoubtedly make it more difficult for the U.S. to achieve its goals.

President Trump’s Environmental Protection Agency chief, Scott Pruitt, alarmed environmental groups and scientists earlier this month when he said he does not believe carbon dioxide is a primary contributor to global warming. The statement is at odds with mainstream scientific consensus and Pruitt’s own agency.

The overwhelming majority of peer-reviewed studies and climate scientists agree the planet is warming, mostly due to man-made sources, including carbon dioxide, methane, halocarbons and nitrogen oxide.

The official who briefed reporters said the president does believe in man-made climate change.

The power-plant rule President Trump is set to address in his order has been on hold since last year as a federal appeals court considers a challenge by coal-friendly states and more than 100 companies who call the plan an unconstitutional power grab.

Opponents say the plan will kill coal-mining jobs and drive up electricity costs. The Obama administration, some Democratic-led states and environmental groups countered that it would spur thousands of clean-energy jobs and help the U.S. meet ambitious goals to reduce carbon pollution set by the international agreement signed in Paris.

President Trump’s order on coal-fired power plants follows an executive order he signed last month mandating a review of an Obama-era rule aimed at protecting small streams and wetlands from development and pollution. The order instructs the EPA and Army Corps of Engineers to review a rule that redefined “waters of the United States” protected under the Clean Water Act to include smaller creeks and wetlands.

While Republicans have blamed Obama-era environmental regulations for the loss of coal jobs, federal data shows that U.S. mines have been shedding jobs for decades under presidents from both parties as a result of increasing automation and competition from cheaper natural gas. Another factor is the plummeting cost of solar panels and wind turbines, which now can produce emissions-free electricity cheaper than burning coal.

“These executive actions are a welcome departure from the previous administration’s strategy of making energy more expensive through costly, job-killing regulations that choked our economy,” he said.

Former EPA Administrator Gina McCarthy accused the Trump administration of wanting “us to travel back to when smokestacks damaged our health and polluted our air, instead of taking every opportunity to support clean jobs of the future.”

“This is not just dangerous; it’s embarrassing to us and our businesses on a global scale to be dismissing opportunities for new technologies, economic growth, and U.S. leadership,” she said in a statement.