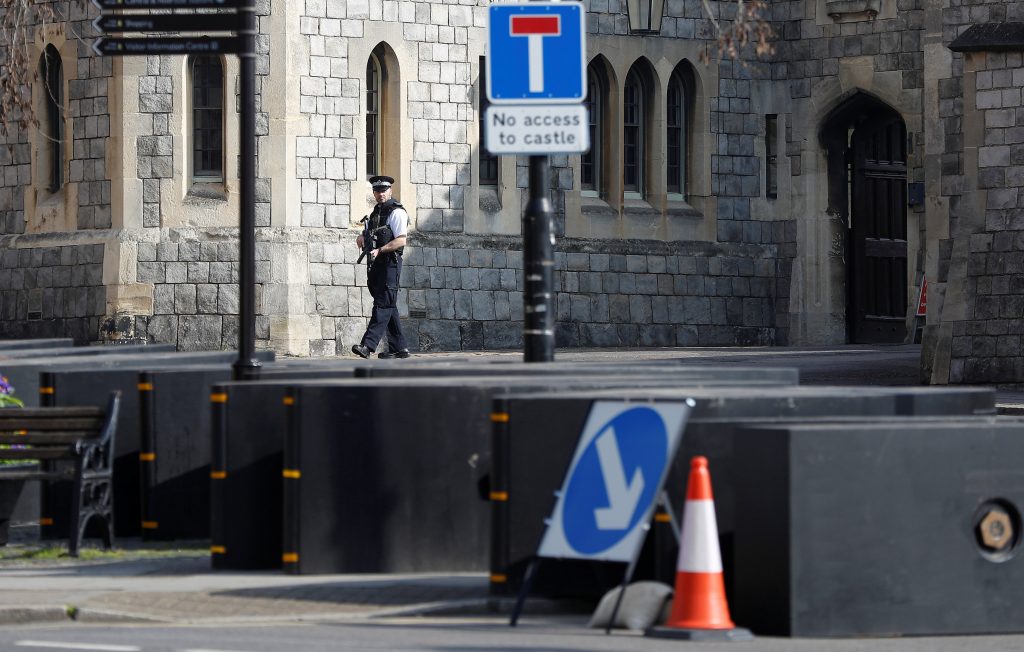 Police erected new barriers around Queen Elizabeth’s Windsor Castle home on Tuesday to boost protection a week after a man killed four people in an attack around parliament in central London.

The additional measures followed a review of security at Windsor, the oldest and largest inhabited castle in the world located about 20 miles to the west of the British capital, police said.

The new barriers were put in place ahead of the regular “Changing the Guard” ceremony on Wednesday, which sees soldiers in scarlet tunics and bearskin hats parade with an army band through the town of Windsor before heading into the castle.

The ceremony is hugely popular with more than 1.3 million people visiting the castle every year. Police said the new barriers in Windsor would be in addition to usual road closures.

“While there is no intelligence to indicate a specific threat to Windsor, recent events in Westminster clearly highlight the need for extra security measures to be introduced,” said Assistant Chief Constable Dave Hardcastle of Thames Valley Police.

“The force believes that it is proportionate and necessary to put in place extra security measures to further protect and support the public and the Guard Change.”

Last Wednesday, Khalid Masood, 52, killed three and injured about 50 people after driving a car into pedestrians on London’s Westminster Bridge before fatally stabbing a policeman in the grounds of Parliament before he was shot dead.

Detectives said they believe he was acting alone.