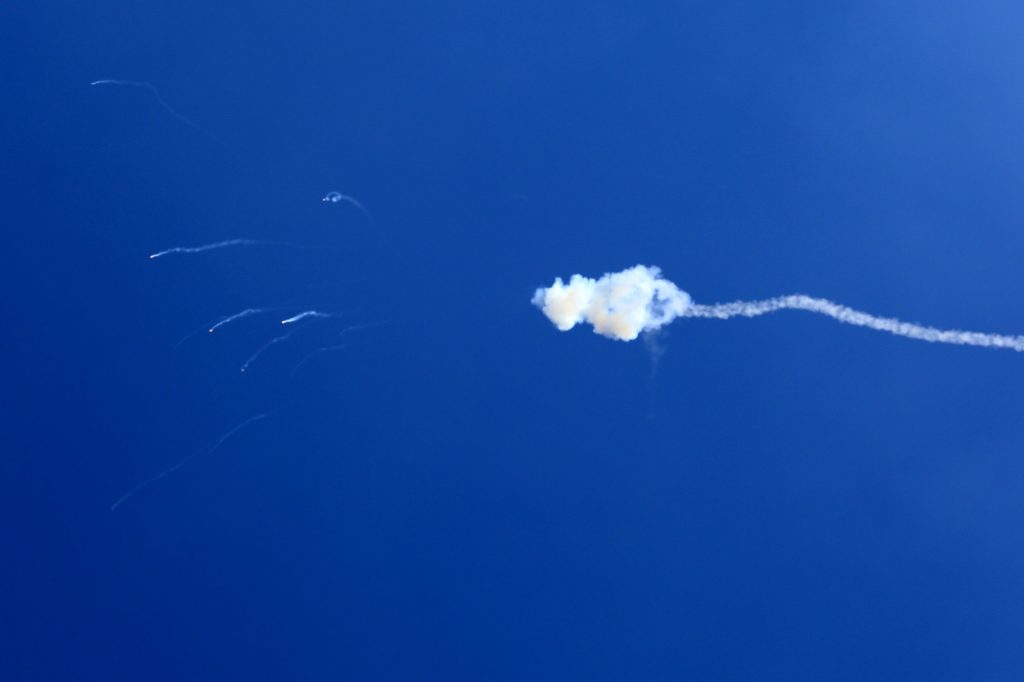 Following intelligence estimates of a growing rocket threat to Israel’s offshore energy assets, the Navy has decided to equip its new Sa’ar-6 missile carriers under construction in Germany with twice as many Iron Dome interceptors as originally planned, according to Defense News.

A senior Israeli naval officer was quoted as saying that Hezbollah’s expanding arsenal of Grad rockets and longer-range projectiles brought about the design rethink. The corvettes will have two instead of only one Iron Dome battery. Each one is capable of firing as many as 20 Tamir intercepting missiles.

The vessels are being built by Kiel, Germany-based ThyssenKrupp Marine Systems (TKMS).

This latest change could delay Israel’s receipt of its first Sa’ar-6, which had been expected to arrive by the end of 2019 or early 2020. The other ships under contract are slated to follow at six-month intervals.

Last July, Israeli Ambassador to the U.N. Danny Danon told the Security Council of the U.N.’s failure to stop Hezbollah from smuggling in advanced weapons. It now possesses 17 times the number of missiles it did 10 years ago when Security Council Resolution 1701 was adopted at the end of the Second Lebanon War.
Hezbollah now has “more missiles below ground in Lebanon than the European NATO allies have above ground,” Danon said, and buttressed the assertion with IDF aerial photographs of Hezbollah military installations.