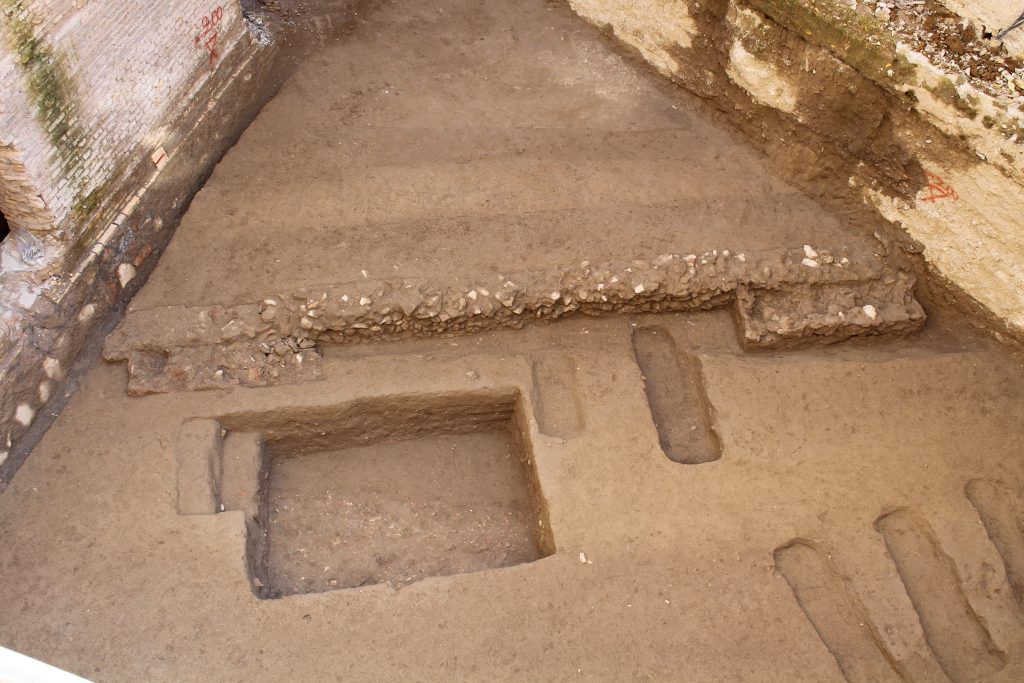 Italian archaeologists unearthed the remains of some 38 bodies believed to have come from a historic Jewish cemetery in Rome. The discovery was made as part of excavations taking place in advance of planned construction in the area.

Rabbi Riccardo Di Segni, Chief Rabbi of Rome, told Hamodia that he was in contact with the city agency that now has the bones in storage, and that they had expressed their willingness to allow reburial according to Jewish law in the cemetery used by the community today.

“We would have preferred to have been told about this before it happened, but they are being very cooperative now,” he said.

The site, known as the Campus Iudeorum, was used as the main burial grounds of Rome’s Jewish community from the 14th century until about 1580, shortly after construction of the city’s ghetto, and was long ago leveled and built upon.

Knowing it was likely that remains and other artifacts would be found there, archaeologists were called in to search the spot before work began on an underground garage for an insurance company’s offices.

The find was announced last week in a press conference held by the National Roman Museum.

Very little is known about the identities of those found in the dig. A small piece of stone with Hebrew writing was found that is believed to have come from a matzeivah.

Nails and some shards of wood have also been unearthed; these are believed to be the remains of coffins. The remnants of an ancient Roman tannery were also discovered at the location.

It was widely known that the office complex known as the Palazzo Leonori was built on the site where the cemetery had been centuries before.

“The whole area should be full of bones, but the whole area is covered with buildings and covered with asphalt; there is not much we can do about it,” said Rabbi Di Segni. The site was claimed by Pope Innocent X in 1644 and built upon.

It is believed that many of the gravestones were used for construction. At that time, the community was given a new burial ground on the slopes of the Aventine Hill overlooking the Circus Maximus; that was destroyed by the Mussolini government in 1934.