Op-Ed Opinion I Came Here as a Refugee. And then I Rebuilt the Pentagon After 9/11.
Op-EdOp-Ed Opinion 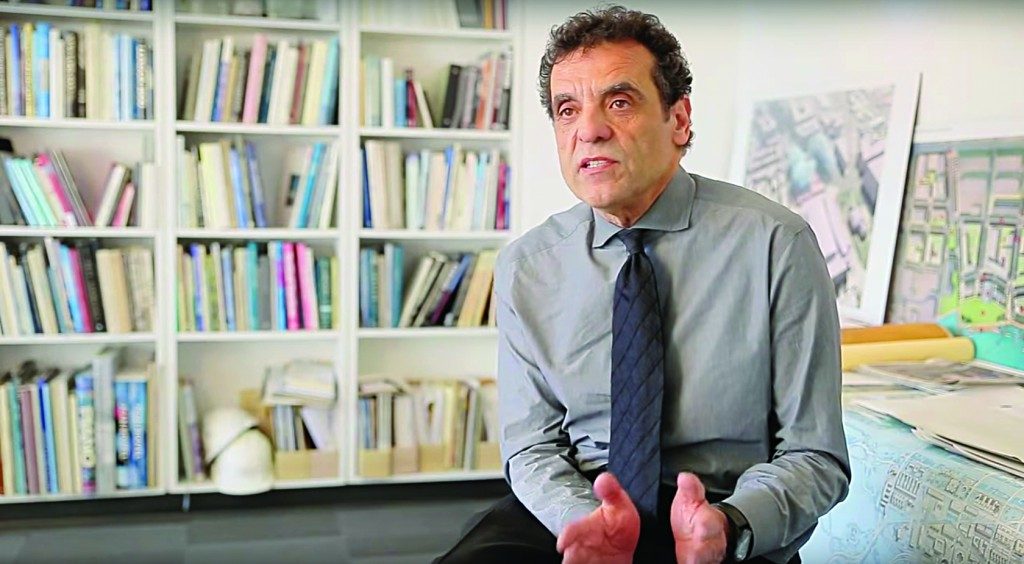 My story is a simple one that starts in Libya and winds through to the Pentagon.

When World War II ended, my parents fled a repressive regime in Libya — just after the State of Israel was founded, as Libyan Arabs turned on Jews in their own neighborhoods. It was not until 1957 that they were finally able to acquire visas to enter the United States. Along the way, they lived in Tunisia and Italy — where my older sister and I were born — and within months of arriving in New York Harbor, they had their third child. My father was a tailor with a partial grade-school education, and it was only through the support of HIAS, a refugee agency that today continues its resettlement mission, that my parents were able to set foot in this country. To this day, I remember the excitement of my father’s first glance at the Statue of Liberty as our ship sailed into the harbor. I was only 6 at the time and still mourning the loss of the red two-wheeled bike we had to leave behind.

I know what you’re thinking. That immigrant story has been repeated millions of times, maybe even by your family: A poor and mostly uneducated family flees a hostile foreign country, the parents struggle to provide the best education they can, the children succeed to make their parents proud. And it is, in fact, a common story, told countless times in homes and offices all across the United States in conversations about the Trump administration’s executive orders on immigration and refugees. The anti-immigrant sentiment I feel today is nothing new to me. When my Jewish parents arrived in the United States just a few years after fleeing persecution in an Arab regime, it was as difficult for them to be accepted here as it is for Muslims now. But my parents went on to create a new home for me and my siblings, and the privileged life I’ve been allowed to live here has instilled in me a deep sense of gratitude and an obligation to give back to this great nation in the best way I can.

I felt very much a foreigner in my first few years here. We settled in upstate New York. I was accepted first at Exeter and then at Yale, and I eventually earned my architect’s license. But the journey from that ship in New York Harbor to Yale defined my life.

Whether it was watching my mother trying — unsuccessfully — to negotiate the price of groceries at the supermarket, trying to figure out whether to soak Cheerios in coffee or orange juice, or trying to grasp Americans’ preference for dry white turkey meat rather than moist chicken on Thanksgiving Day, life here was definitely a challenge. Having solved these mysteries over the past several decades — including how to roast a turkey — I wish I could say I am now an American. I have, in fact, become one through citizenship, but I’m not sure I’ll ever be able to believe that I am truly American, because my debt to this country is still too high and my sense of awe still too deep. It may be that the transition from guest to host can only happen across generations. I do have three daughters, and they have never seen me attempt to negotiate the price of groceries at Whole Foods.

Pure serendipity brought me to Washington, D.C., after graduate school. Little did I know that whatever life skills I had absorbed witnessing my parents navigate the complications and tribulations of multiple resettlements would serve me well in a city where even replacing a bedroom window can sometimes require approval by a presidentially appointed commission. Designing great buildings and restoring magnificent historic ones is an overwhelming challenge in itself (witness how few great buildings there really are), but doing that in the context of an environment as fraught with overlapping and often contradictory regulations as Washington can seem miraculous.

Over time, I’ve been honored to design, renovate and reconstruct some of the great buildings in our nation’s capital — the headquarters of the Department of Homeland Security, the Treasury, the Department of the Interior, the Federal Reserve and the American Red Cross; the Cannon House Office Building; and the John A. Wilson Building, to name only a few. My proudest moment, though, was being chosen by the Department of Defense to lead the billion-dollar renovation of the Pentagon after the devastating 9/11 attacks. The competition brief was simple and straightforward: For a fixed-dollar amount, we were to devise a plan to completely overhaul the aging structure and all its aging systems into a modern high-tech facility capable of serving our defense needs for the next 50 years — while the building remained fully operational. To us and our construction partner, Hensel Phelps, it appeared that we were being asked to perform heart surgery on a marathon runner in the middle of a race. Multiple times during the competition, we asked ourselves whether we were committing to delivering the impossible and whether the dozen other teams we were competing against would ultimately reach the same conclusion.

We did complete the project, and we did it within budget and delivered it 12 months ahead of schedule. As I look back, I wonder why I took on such a high-risk commission and whether I would ever do that again. The risk certainly felt mitigated, knowing that my construction partner through the entire endeavor would be a highly regarded company whose ethos was grounded in the can-do attitude of our military. More than that, though, I was driven by the example of my parents and the risks they took throughout their lifetimes. Like many Americans, I’ve led a comfortable, risk-free life here in the States. It seems that it’s often our military personnel and immigrants in search of a better life who take the greatest risks. I don’t have a military background, but maybe it’s my recent immigrant heritage that drives me to take on certain challenges. We couldn’t have reconstructed the Pentagon — or any of the other national landmarks I’ve been involved with that are so central to the civic identity of our city — without the participation of other immigrants like me. We were only able to meet the Pentagon’s grueling schedule by reaching deep into a labor pool that included green-card and visa holders from dozens of countries around the world.

Today, as I watch the news and see families struggling to leave their countries and escape tyranny, I wonder who among them will make it to our shores and become part of the next generation of researchers, teachers, inventors, real estate developers and, yes, architects. My hope is that the Trump administration will take actions to ensure that the travel ban is indeed temporary, so that good, hard-working individuals fleeing tyranny can find a new home as I did — and that each of them will be given the same opportunity to help build this great nation that I had.  (The Washington Post)