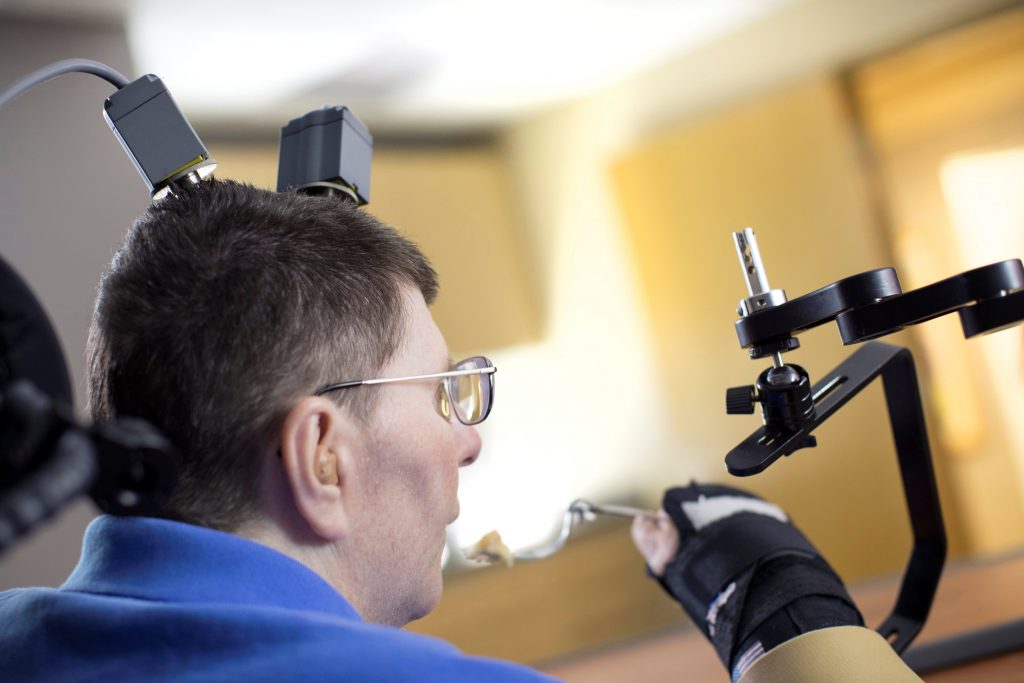 A paralyzed man in Cleveland fed himself mashed potatoes for the first time in eight years, aided by a computer-brain interface that reads his thoughts and sends signals to move muscles in his arm, U.S. researchers said on Tuesday.

The research, published in the journal Lancet, is the latest from BrainGate, a consortium of researchers testing brain-computer interface technology designed to give paralyzed individuals more mobility. Prior tests of the technology allowed paralyzed people to move a robotic arm or a cursor on a keyboard just by using their thoughts.

The team at Case Western Reserve University and the Cleveland Functional Electrical Stimulation Center used the brain-computer interface and an electrical stimulation system that allowed Bill Kochevar, 56, to control his own arm.

To achieve this, the team implanted two sensors, each about the size of a baby aspirin, loaded with 96 electrodes designed to pick up nerve activity in the movement centers of the brain.

The sensors record brain signals created when Kochevar imagines moving his arm, and relay them to a computer. The computer sends the signals to the electrical stimulation system, which directs impulses through about 30 wires implanted in muscles in Kochevar’s arm and hand to produce specific movements.

Kochevar, who was paralyzed below his shoulders in a cycling accident eight years ago, first learned to use the system to move a virtual reality arm on a computer screen. He accomplished that on the first day he tried it, said Case Western’s Robert Kirsch, the study’s senior author.

For the movement phase of the trial, Kochevar had to go through 45 weeks of rehabilitation to restore muscle tone that had atrophied over the years of inactivity.

Using the brain interface system, he can now move each joint in his right arm individually, just by thinking about it. To accomplish tasks like drinking through a straw, or scratching his face with a dry sponge, Kochevar is aided by an arm support, a device he also controls with his thoughts.

Kochevar said the chance to do simple things for himself has been “better than I thought it would be.”

For the moment, the system is experimental only, but the study shows such a system is feasible, Kirsch said.

BrainGate is funded by the National Institutes of Health and the Department of Veterans Affairs.