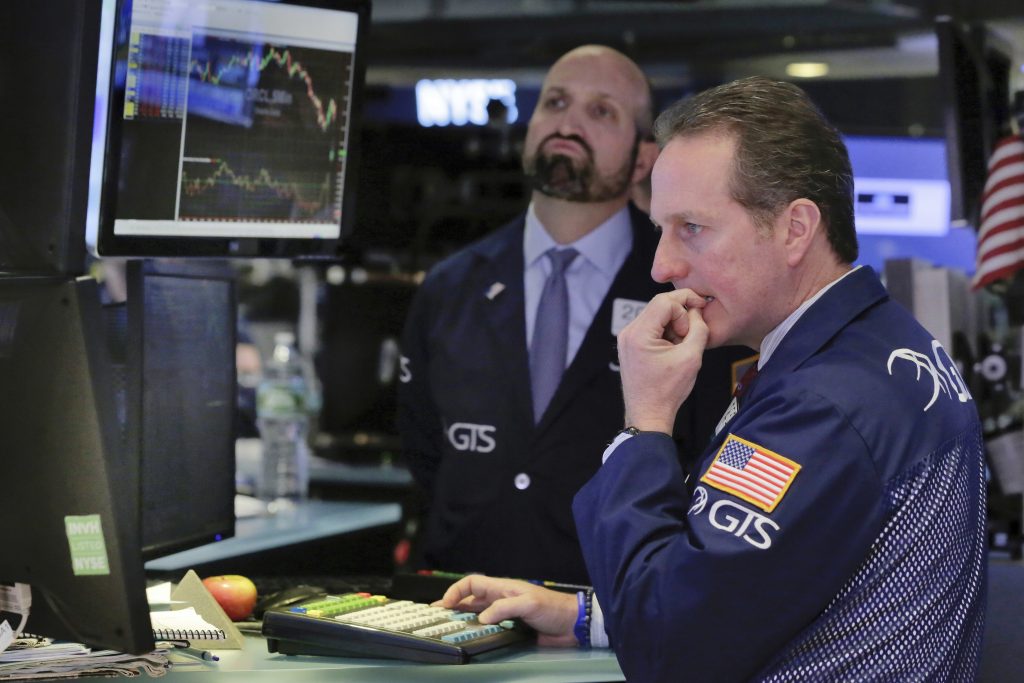 Stocks around the world dipped Monday on worries that the Trump White House may not be able to help businesses as much as once thought. Many of the trends that have been in place since Election Day moved in reverse: The dollar’s value sank against other currencies, as did bank stocks, while prices rose for Treasury bonds.

Small-company stocks fell more than the rest of the market. The Russell 2000 index slid 5 points, or 0.4 percent, to 1,348. They had been outpacing the market since Election Day.

The stock market as a whole had been on a nearly nonstop rip higher since November on the belief that President Donald Trump and a Republican-led Congress will cut income taxes, loosen regulations for companies and institute other business-friendly policies.

But last week’s failure by Republicans to fulfill a pledge they’ve been making for years, to repeal the Affordable Care Act, raises doubts that Washington can push through other promises. The House on Friday pulled its bill to revamp the country’s health care system, when it was clear that it didn’t have enough votes to pass.

DOLLAR DUMP: The dollar fell against most of its major rivals, including the Japanese yen, euro and British pound. The ICE U.S. Dollar index, which measures the U.S. currency’s value against six others, has given up most of its big gains since Election Day.

YIELDS DROP: The yield on the 10-year Treasury fell to 2.38 percent from 2.41 percent late Friday. It was above 2.60 percent just a couple weeks ago.

BANKS SINK: Bank stocks have tracked the movements of Treasury yields recently, because higher interest rates would allow them to charge more for loans and reap bigger profits. Investors also expected financial companies to be some of the biggest beneficiaries of easier regulations with a Republican-led White House.

AN ANXIOUS MARKET: The VIX index measures the market’s nervousness by looking at how much traders are paying to protect against upcoming drops in the S&P 500. By that measure, investors early Monday were feeling the most jittery since mid-November, shortly after Election Day. The VIX rose 6 percent. Earlier in the morning, it was up as much as 16.6 percent.

HEALTHY GAINS: Among the few gainers on the day were hospital stocks. The Republican health care plan would have resulted in 24 million additional uninsured people in a decade, according to a tally by the Congressional Budget Office. And hospitals take care of patients, whether they’re insured or not.