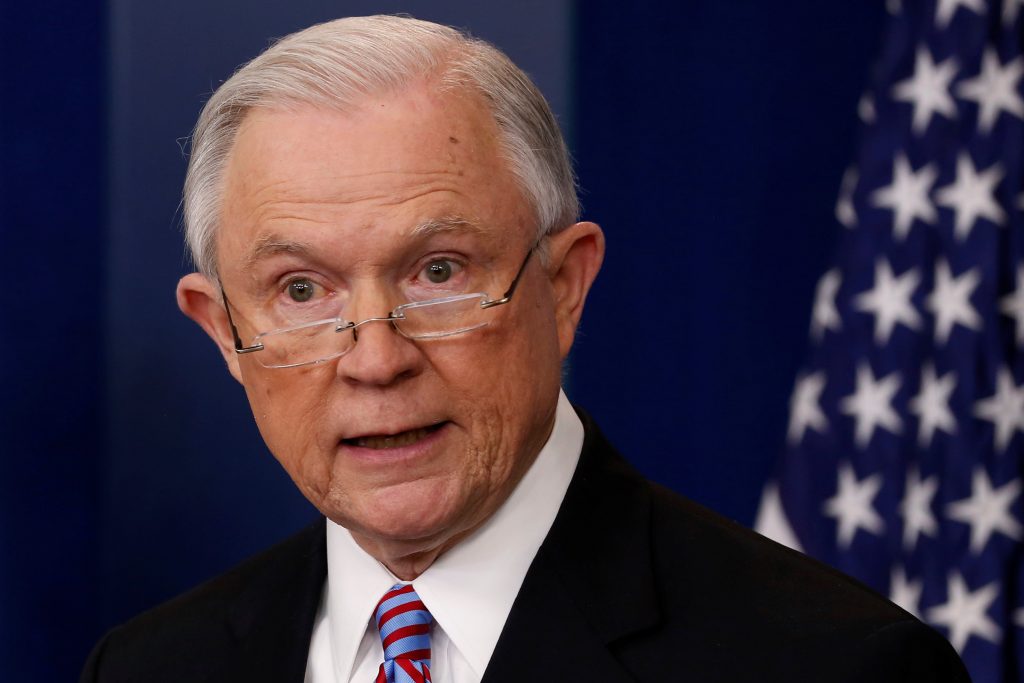 “I urge our nation’s states and cities to consider carefully the harm they are doing to their citizens by refusing to enforce our immigration laws, and to rethink these policies,” Mr. Sessions said from the White House. “Such policies make their cities and states less safe, and put them at risk of losing valuable federal dollars.”

Sessions’s announcement follows President Trump’s executive order in January that gave the attorney general the authority to take enforcement action against any city that doesn’t readily hand over undocumented immigrants for deportation.

This effort to punish cities where local leaders refuse to hand over undocumented immigrants for deportation is the latest effort by the Trump administration to crack down on illegal immigration.

The attorney general said the Department of Homeland Security recently issued a report showing that in one week, there were more than 200 instances of jurisdictions that did not honor Immigration and Customs Enforcement detainer requests with respect to people charged or convicted of a serious crime.

“The charges and convictions against these aliens include drug trafficking, hit and run, and other offenses against a child and even murder,” Sessions said. “Such policies cannot continue. They make our nation less safe by putting dangerous criminals back on our streets.”

Sessions noted that Maryland is considering a law that would make it a “sanctuary state,” but that the governor is opposed.

“That would be such a mistake,” Sessions said. “I would plead with the state of Maryland. It is not good policy.”