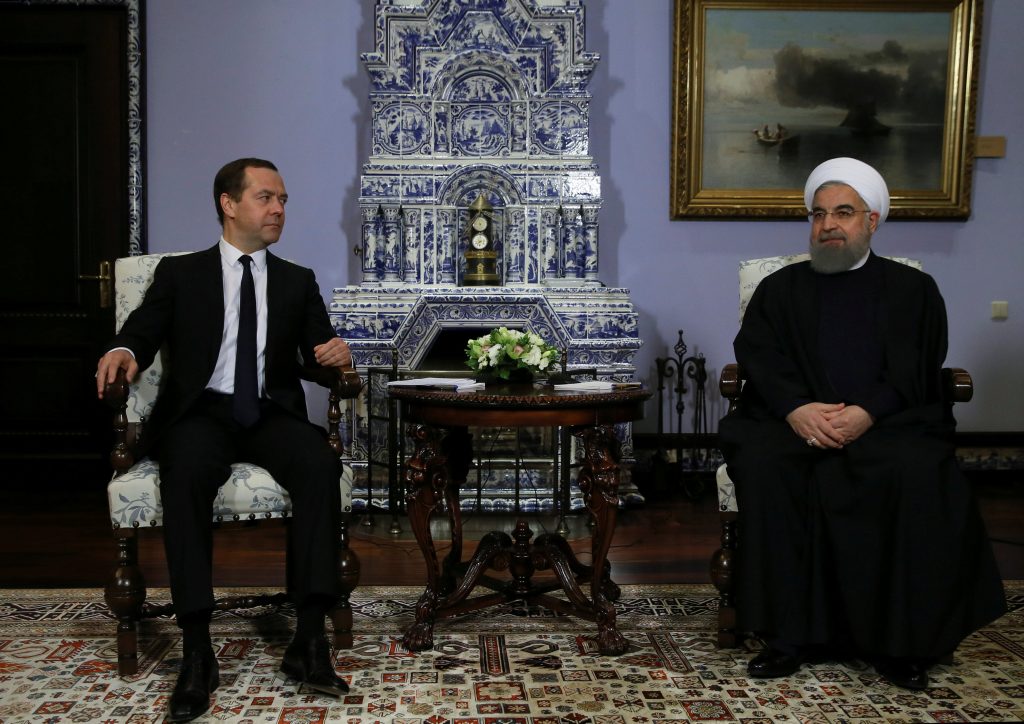 Iran’s president met Russia’s prime minister on Monday in a bid to develop a warming relationship that has been greatly strengthened by both sides’ involvement on the same side of the war in Syria.

Beginning a visit to Moscow, President Hassan Rouhani told Prime Minister Dmitry Medvedev: “I hope that a new turning-point in the development of our relations will be reached.”

Iranian arms purchases and Russian investment in the Iranian energy sector are likely talking points for Rouhani, less than two months before Iran’s May 19 presidential election.

As key allies of Syrian President Bashar al-Assad, Russia and Iran have played decisive roles in the past 18 months to turn the tide of the Syrian conflict in his favour.

The rapprochement is a concern for both Saudi Arabia, Tehran’s main rival for dominance in the Middle East, and for U.S. President Donald Trump, who has expressed an interest in working more closely with Russia but has issued a number of harsh statements about Iran.