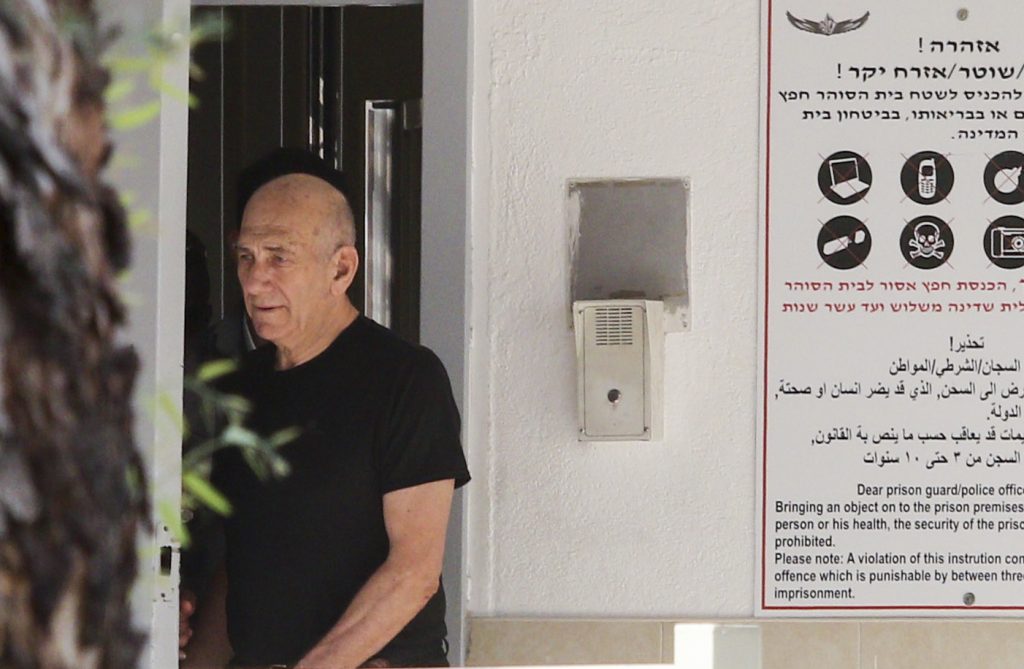 Former Prime Minister Ehud Olmert’s bid for clemency was rejected Monday by President Reuven Rivlin. As a result, he will have to serve his full term of 27 months in prison, which is up in the summer of 2018 – unless he is released for good behavior, which could happen at the end of 2017.

In a statement, Rivlin’s office said that Olmert’s request for clemency had been based on “special circumstances – but those circumstances were already taken into account when sentencing was handed down.” Olmert, who was sentenced to prison over his involvement in a number of scandals that involved bribery, money laundering and influence-peddling, may have actually deserved more time in prison – but as he was prime minister, the court went easy on him, the statement said.

“His many contributions to the country during his long years of service in a wide variety of public capacities, along with his humbling fall from grace, were all taken into account when the court handed his sentence down,” the statement said. “The clemency process is not part of the judicial process, and as such arguments made as part of an appeal process are not applicable,” it added.

Olmert entered Maasiyahu Prison in central Israel in February 2016 to begin serving his sentence, after his appeal to overturn his conviction on corruption charges. Olmert is serving time over convictions for his role in the Holyland construction project scandal, in which the court said that he had illegally approved the apartment project in the Malcha neighborhood of Yerushalayim in exchange for favors.

Olmert is serving his term in a special section, in which he is housed with five other specially handpicked inmates who have been vetted to ensure they cannot take advantage of Olmert in any way while he is in prison. Maasiyahu is a minimum- to medium-security prison, and Olmert is subject to all the regulations regarding all prisoners – such as searches, and handcuffs when outside prison grounds.