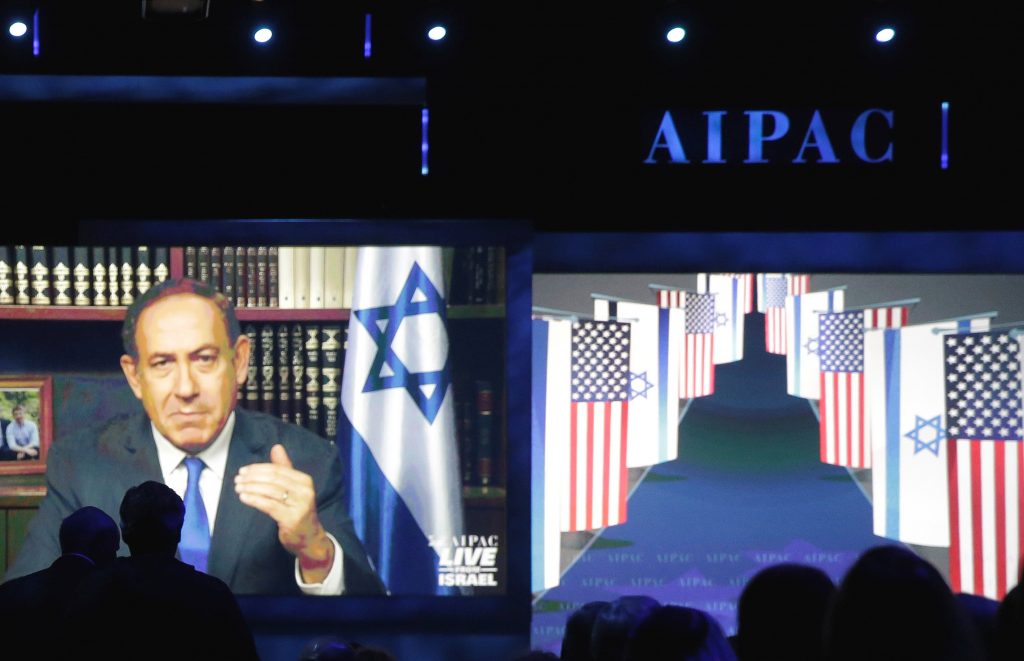 Prime Minister Netanyahu addressed the annual conference of the American Israel Public Affairs Committee (AIPAC), the powerful Israel lobby group. He’s alluding to the Trump administration’s deliberations about whether to move the U.S. Embassy from Tel Aviv to Yerushalayim, in line with Israel’s long-standing wishes.

As a presidential candidate, Donald Trump promised to move the embassy, but now says he’s examining the issue closely. Friedman is expected to work at least partially out of Yerushalayim, where he has a home.

The prime minister spoke Monday by video feed from Yerushalayim.