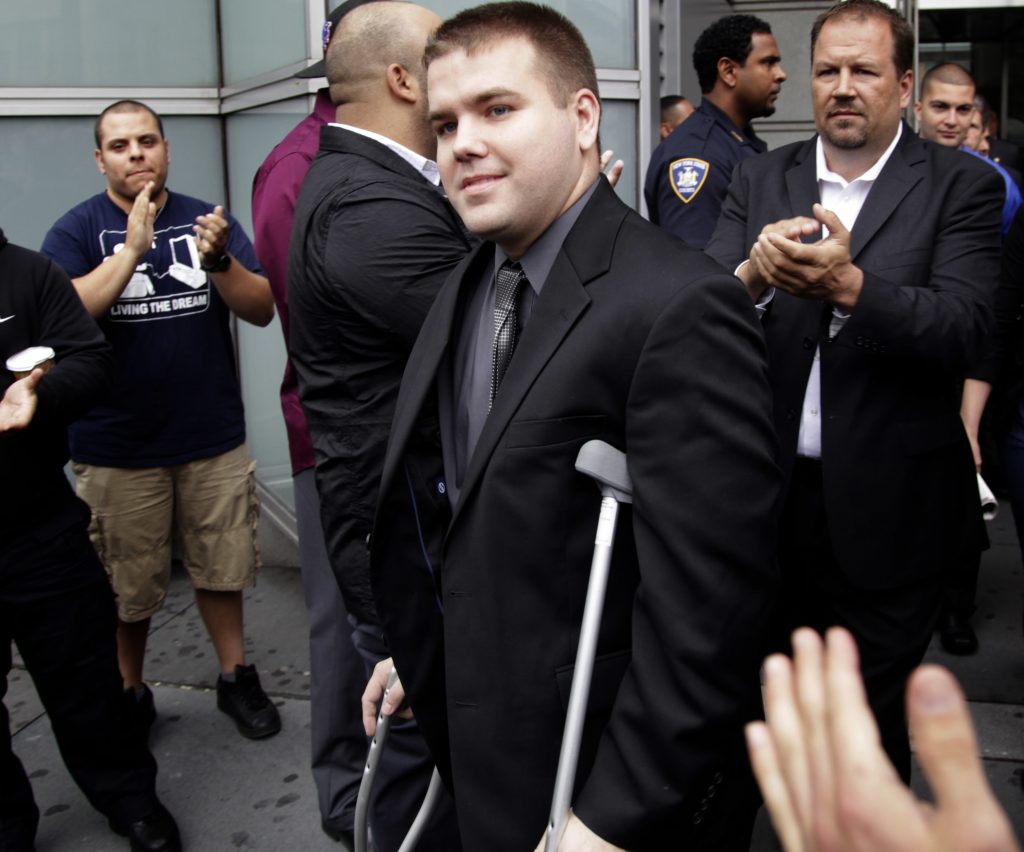 The mother of an unarmed black teenager shot to death by a white police officer said Monday she was outraged the officer quit instead of getting fired following a disciplinary trial in a case that sparked outrage over police use of deadly force against black men and boys.

Constance Malcolm said that despite begging the mayor and police officials, she still has no real answers in the 2012 death of her 18-year-old son Ramarley Graham, shot to death by Officer Richard Haste. Graham was killed inside his own bathroom as his grandmother and little brother looked on in horror.

“Where’s my son’s justice? Where is the city of New York’s justice for the people in our community?” she asked at a press conference. “I’m here to say Ramarley’s life mattered.”

Haste, who said he thought Graham had a gun, was brought up on departmental charges that he exercised “poor judgment” by not taking obvious steps to defuse the fatal standoff, though a review board found the shooting justified. Administrative Judge Rosemarie Maldonado found on Friday that Haste should be fired. He quit Sunday.

Haste told a newspaper reporter outside his home Monday that Graham’s family had every right to be upset, and he wanted to meet with them.

“I don’t want to be sitting here and saying ‘oh poor me.’ That’s not the case,” Haste told a reporter for The New York Daily News. “I took this job, I understood the risks, I came on after all those cases you hear about. You just never think it’s going to be you.”

When asked at the press conference whether she’d meet with Haste, Malcolm balked.

“Nothing he could say to me is going to take away that pain,” she said.

Malcolm and other activists demanded the firing of two other officers involved in the shooting and questioned why the shooting was considered justified. They blasted the NYPD and mayor’s office for “allowing” Haste to resign, and for not being told of the decision first. The family was notified as the news became public.

NYPD is not allowed under state law to disclose police personnel records, though department officials had said they would notify the Graham family when a final decision was reached. Police Commissioner James O’Neill, who has the final say, agreed with the judge’s findings, according to a statement late Sunday from the department.

The 35-year-old officer initially faced a criminal manslaughter charge in the death, but the case was dismissed because of a procedural error. A new grand jury declined to indict, and federal prosecutors also declined to bring charges.

In his testimony during the departmental trial, Haste recounted how he got out of his police van during a drug probe in Graham’s Bronx neighborhood and followed the teenager, suspected on police radio chatter of having a gun, into his apartment building.

After Haste and his partner broke down the door of Graham’s home, the officer said he saw Graham sidestep into a bathroom, and he leaned inside to face him. Haste testified that he yelled, “Show me your hands!” but Graham instead reached deeper into his pants and yelled profanities.

“I thought I was about to be shot,” Haste said. “I expected to be dead.”

The teen’s family settled a wrongful death lawsuit against the city for $3.9 million.