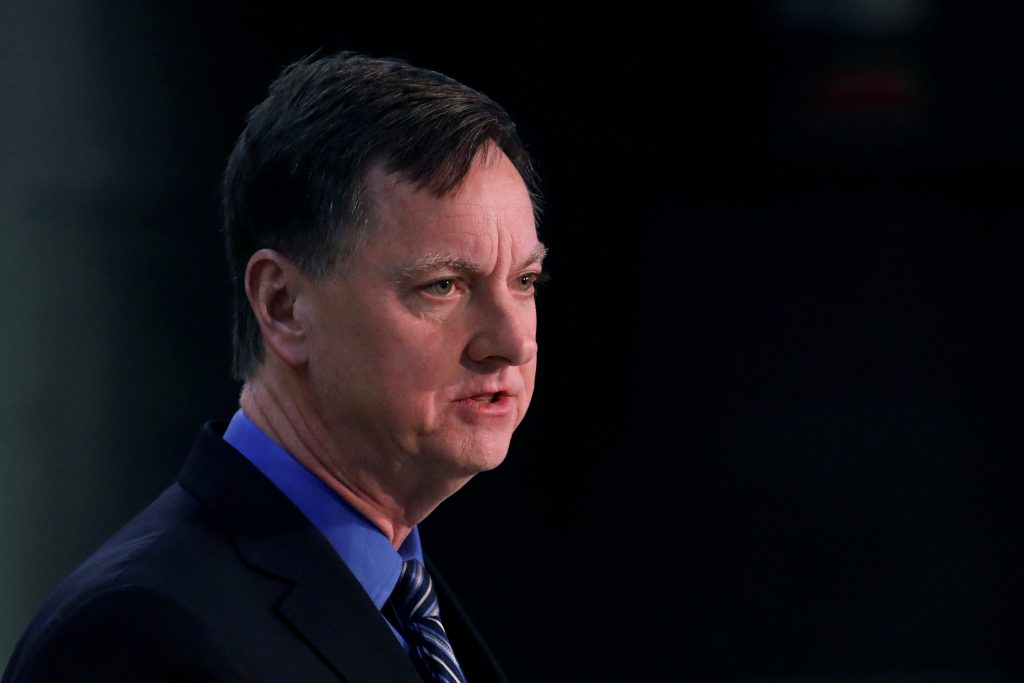 Federal Reserve Bank of Chicago President Charles Evans said two interest-rate increases may be the right amount of tightening for the U.S. economy this year given uncertainty surrounding the outlook for inflation and government spending.

“To the extent that I gain more confidence in the forecast I have, that would be a good indicator that I could perhaps support three,” Evans said Monday in a Bloomberg interview from Madrid. “Two might be the right number if there’s a little bit more uncertainty.”

Evans voted with his colleagues on the U.S. central bank’s policy-setting Federal Open Market Committee to raise rates on March 15, when the group last gathered. The median projection of the 17 FOMC participants published alongside the decision showed it would probably be appropriate to increase the benchmark twice more this year.

“I still think that one of the larger uncertainties is whether or not inflation is going to get up to 2 percent sustainably in the U.S., and so I don’t want to get out ahead of these rate increases, but I thought that it was perfectly acceptable to get one in in March,” he said.

The Chicago Fed chief struck an upbeat tone on the health of the U.S. economy, saying “it’s unclear if there is any slack” left in the job market. At the same time, he highlighted the difficulty of estimating the magnitude and timing of any fiscal stimulus that may be enacted by President Donald Trump’s new administration and the Republican-led Congress, and the effects that may have on the economy.

“We probably got ahead of ourselves and thought that some of it would be showing up in 2017 in our first forecast,” Evans said, referring to projections submitted at the FOMC’s December meeting. “This last one in March, we moved much more of it to 2018,” he added, referring to the effects of any fiscal stimulus that might boost the economy.