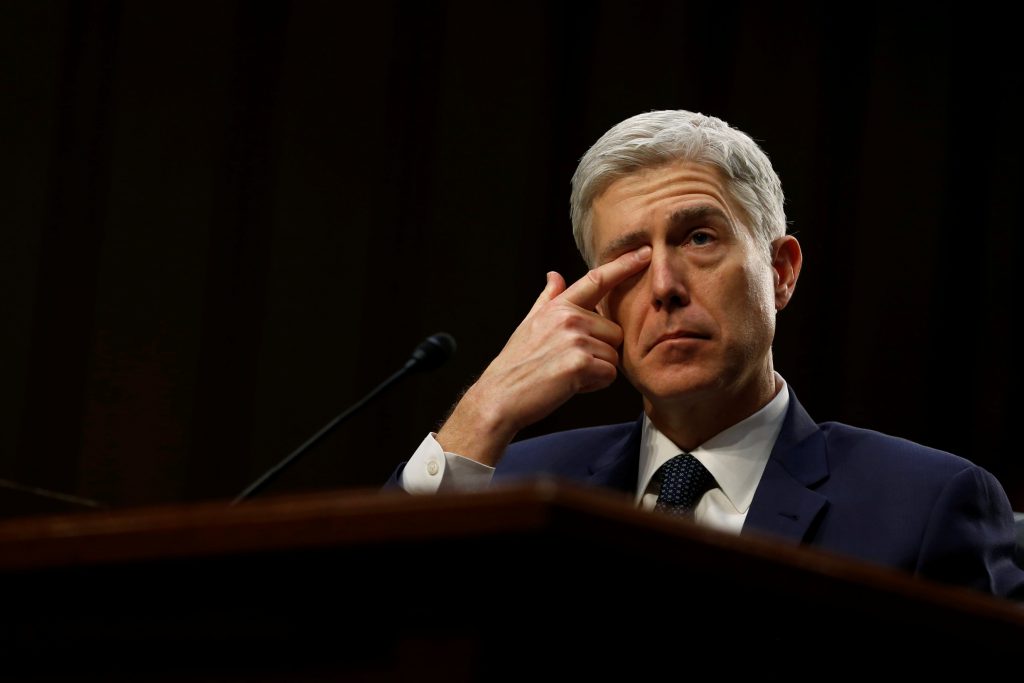 Senate Democrats on Monday forced a one-week delay in a committee vote on President Donald Trump’s Supreme Court nominee, who remains on track for confirmation with solid Republican backing.

Sen. Chuck Grassley, R-Iowa, chairman of the Judiciary Committee, announced that, as expected, Democrats have requested a postponement. The committee vote on Judge Neil Gorsuch now will be held April 3.

As the committee readies to vote, three additional Democrats said they are likely to vote against the Denver-based appeals court judge. Florida Sen. Bill Nelson and Hawaii Sen. Mazie Hirono said they will vote against Gorsuch, and Vermont Sen. Patrick Leahy tweeted that he still was undecided but inclined to oppose him. Leahy is a senior member of the Judiciary panel and a former chairman.

That means at least 17 Democrats and independents, led by Minority Leader Chuck Schumer of New York, have announced their opposition to the Denver-based appeals court judge, arguing that Mr. Gorsuch has ruled too often against workers and in favor of corporations.

The Democrats who have announced their opposition have also said they will try to block the nominee, meaning Senate Majority Leader Mitch McConnell, R-Ky., will have to hold a procedural vote requiring 60 votes to move forward. The Senate GOP has a 52-48 majority, meaning Mr. McConnell will need support from at least eight Democrats or independents.

It was unclear whether he would be able to get the 60 votes. If he doesn’t, McConnell seems ready to change Senate rules and confirm him with a simple majority.

Republicans had hoped that they’d see some support from the ten Democrats running for reelection in states won by Mr. Trump in the presidential election, but four of those senators — Nelson, Pennsylvania Sen. Bob Casey, Ohio Sen. Sherrod Brown and Wisconsin Sen. Tammy Baldwin — have already said they will oppose the nominee.

Leahy, however, signaled that he may be willing to break from Schumer and vote with Republicans on the procedural vote, while also signaling in a separate tweet he’d vote against Gorsuch in the final, up or down vote.

“I am never inclined to filibuster a SCOTUS nom,” Leahy tweeted. “But I need to see how Judge Gorsuch answers my written Qs, under oath, before deciding.”

Several Democrats have expressed frustration with the lack of answers Gorsuch gave during two lengthy days of questioning at his confirmation hearing last week, criticizing him for declining to give his personal views on most issues, including campaign finance and others they asked him about. They also expressed concerns that he wouldn’t be an independent voice from Mr. Trump, who nominated him in January.

Republicans praised Gorsuch’s testimony, saying he showed humility and a deep understanding of legal precedent and separation of powers.

“Before the hearing started, we all knew how qualified the judge is. His resumé speaks for itself,” Grassley said. “But last week we got to see up-close how thoughtful, articulate, and humble he is. He is clearly deeply committed to being a fair and impartial judge. And he isn’t willing to compromise that independence to win votes in the Senate.”

California Sen. Dianne Feinstein, the top Democrat on the Judiciary panel, also noted at the brief committee meeting Monday the “depth of feeling” among Democrats after Republicans blocked former President Barack Obama’s nominee for the same seat, Merrick Garland. Within hours of Justice Antonin Scalia’s death in February 2016, Republicans said they wouldn’t take up Obama’s eventual choice, saying the next president should have the say.