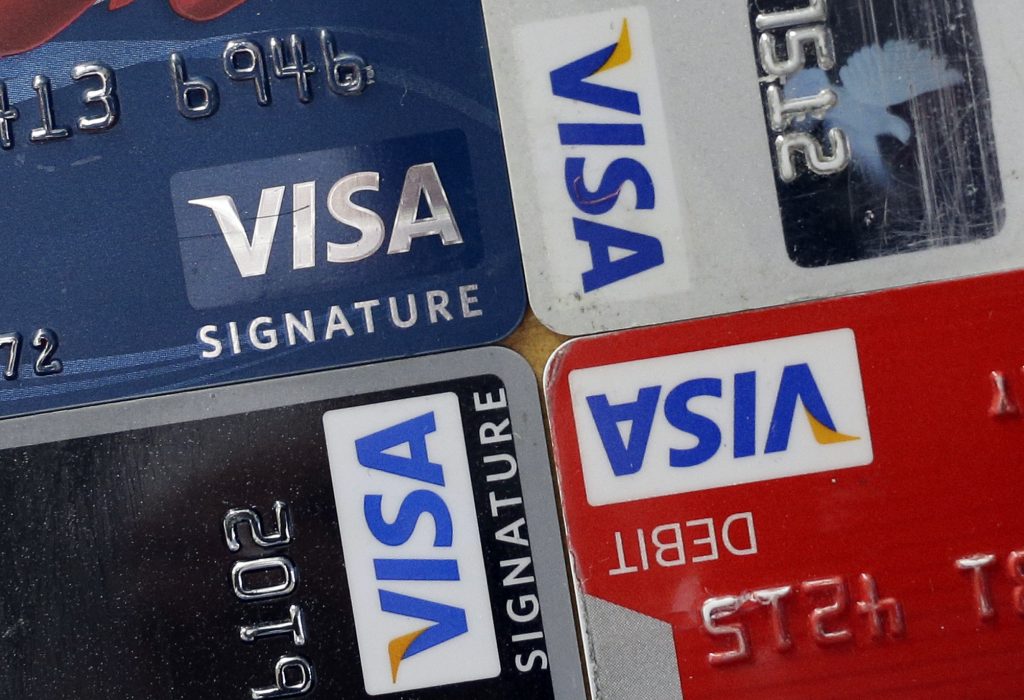 Congressional Republicans are eager to overhaul the Dodd-Frank financial law. One part, however, they wouldn’t mind putting off.

That’s the provision that limits how much money debit-card companies are allowed to collect from each consumer sale. Generally speaking, banks are against the limit and retailers are in favor. Persuading Congress to change the 2010 banking law is a longshot, but that’s not stopping both industries from spending millions to remind lawmakers, sometimes multiple times a day, that a vote the other way will displease them.

Titans such as JPMorgan Chase, who say they use revenue from so-called swipe fees to beef up cybersecurity and offer rewards programs, contend the government shouldn’t set prices. Behemoths like Wal-Mart Stores, who say lower fees translate to lower prices, argue the credit-card industry operates like a monopoly and needs more regulation.

The years-long lobbying fight has been reinvigorated by President Donald Trump’s call to rip up financial rules. Stuck in the middle are lawmakers from both parties who prefer cordial relations, and campaign contributions, from both sides.

“This is like choosing between children,’’ said Issac Boltansky, a financial regulation analyst at Compass Point Research & Trading. “It’s brutal for everyone involved.’’

Swipe fees, also known as interchange fees, are set by Visa Inc. and MasterCard Inc., but most of the money goes to banks. A provision of the Dodd-Frank law added by Illinois Democratic Sen. Richard Durbin capped fees for debit cards at about 24 cents per transaction while leaving credit cards alone. Before the Durbin amendment, the average swipe fee for debits was about 44 cents. That means the measure has cost the banking industry $9 billion in revenue, according to analysts at Goldman Sachs.

Other rules in Dodd-Frank, such as the Volcker Rule restricting bank trading and the creation of the Consumer Financial Protection Bureau, get more attention. The Durbin amendment, however, is probably disliked most by banks.

Many Republicans and Democrats agree on one thing about swipe-fee limits: they’re a pain in the neck.

“We’re listening to everyone,’’ said Scott Tipton, a Colorado Republican. “This is an ongoing issue.”

“We haven’t taken a position on this yet,” said Rep. Claudia Tenney, a Republican from New York.

“If you contact our office, we’ll talk to you about that at another time when I’m prepared to talk about that,’’ said Texas Democrat Al Green.

A major annoyance for elected officials: the 4.7 million stores and restaurants across the country that accept debit cards and the 5,000 commercial banks that issue them. The vast numbers increase the odds that in each of the country’s 435 congressional districts, regardless of the outcome of the vote, someone will be pitching a fit.

Making changes to Dodd-Frank won’t be quick or easy, especially with Congress distracted by tax reform and infrastructure. The battle has been going on for years in court, too, with retailers squaring off against Visa and MasterCard over interchange fees.

The U.S. Supreme Court Monday refused to allow a $5.7 billion settlement between the parties in a case that now promises years of additional litigation. On Capitol Hill, the courts and in business negotiations, the stake from both debit and credit-card fees is roughly $50 billion.

To ply an advantage in Washington, retailers have spent nearly $359 million on lobbying since 2010, according to OpenSecrets.org. During that time, banks and payment companies have spent about $248 million. Those totals include advocacy on other issues besides debit cards.

“This isn’t just about a bill, it’s about billable hours,’’ said Charles Gabriel, a financial regulation expert at Capital Alpha Partners in Washington. “It’s crunch time for all the lobbyists on both sides who’ve been fighting this for years.’’

Lobbyists have called on the so-called little guys to make their cases on Capitol Hill.

Financial firms are relying on community bankers and credit union executives like Randall Dixon, chief executive officer of Energy Capital in Houston, to make their case. Before one recent Washington visit, lobbyists coached them on what to say about debit cards.

“Lawmakers in Texas need to understand that there should be a level playing field,” said Dixon, who was among hundreds of credit union executives introduced to members of Congress this month by the Credit Union National Association. “They need to hear from people like me.”

Retail groups, including those whose members include Home Depot Inc. and Target Corp., have recruited hundreds of restaurant owners, convenience-store managers and other small-business owners around the country to make the opposite case.

“This is a top priority,” said Doug Kantor, a partner at the law firm Steptoe Johnson who works on behalf of groups including the National Association of Convenience Stores. “We’re doing all of the things that you do when you want to lobby an issue hard.”

Retailers and their allies in Congress claim a small victory, perhaps short-lived, because Republicans have yet to introduce their latest updating of Dodd-Frank, dubbed the Financial Choice Act.

“Durbin is an important part of this bill. As a matter of principle, Republicans do not believe in federal price controls,” Jeb Hensarling, the Texan who’s chairman of the House Financial Services Committee, said in a statement. “Members are continuing to listen to both sides on this issue. We’ll see how that plays out.”

Debit-card fees were one of the criteria for Republicans to join the Financial Services committee this term. An assignment on the panel is a plum gig, especially for freshman lawmakers who can use it as access to Wall Street’s deep pockets. Hensarling asked every candidate in a sit-down interview whether they supported the Financial Choice Act and, specifically, a repeal of the Durbin amendment.

“The delay of Hensarling’s plan is evidence of the resistance,” said Rep. Peter Welch, a Vermont Democrat. “There’s a lot of pushback from members who would prefer not to have to take that vote.”

Even the data has pitted one side against the other. A study by the Federal Reserve Bank of Richmond, often cited by bank lobbyists, found that most merchants raised prices or did nothing as a result of the Durbin Amendment. But retailers frequently refer to their own research, that consumers saved nearly $6 billion just in 2012 because of the Durbin provision.

“It’s consumers that are caught in the crosshairs,” said Glen Sarvady, an independent consultant who works with credit unions. “This is really just a broader battle about who has the stronger hand to play between the two industries.”