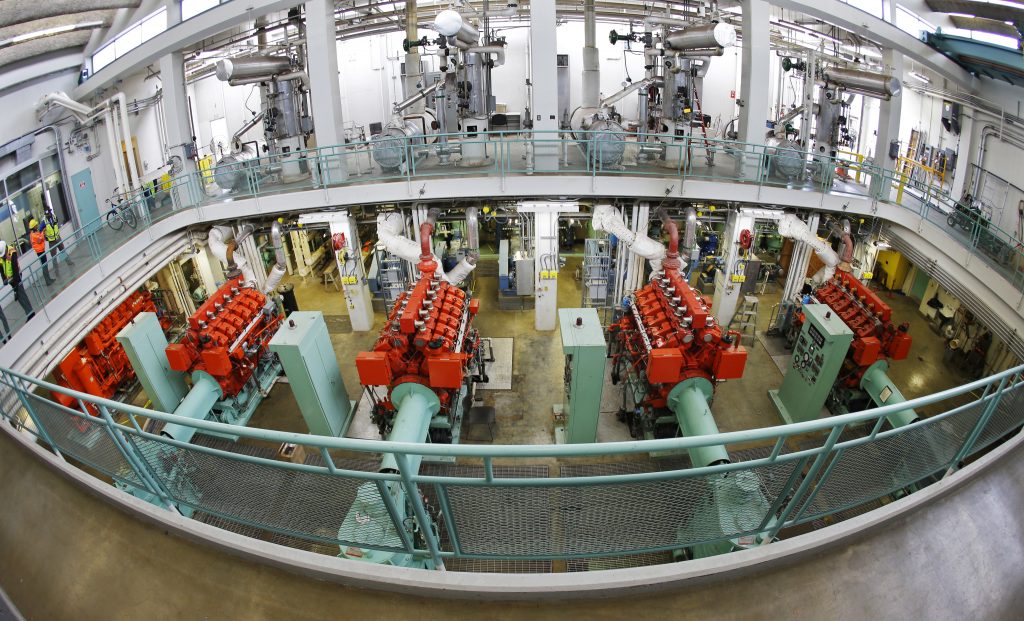 Millions of gallons of raw sewage and untreated runoff have poured into the United States’ second-largest estuary since a massive sewage treatment plant experienced equipment failures that forced it to stop fully treating Seattle’s waste.

The county-run facility has been hobbling along at about half-capacity since the Feb. 9 electrical failure resulted in catastrophic flooding that damaged an underground network of pumps, motors, electric panels and other gear.

The sewage treatment plant — Washington state’s largest — is only partially treating dirty water that goes down Seattle bathrooms and washes off roofs and roads before discharging it into Puget Sound. It’s likely to face fines for violating federal clean water laws.

“It has been a disaster, and we’re not out of it yet. We still don’t know really what went wrong,” said Jeanne Kohl-Welles, a King County councilwoman whose district includes the 32-acre West Point Treatment Plant, on the shores of Puget Sound next to Seattle’s largest public park.

“We’ve got to get a handle on it. I’m very concerned about the environment, the effects on marine life in the sound, public health,” she added.

County officials say crews have been working around the clock to repair about $25 million in flood-related damages and bring the plant to full operations by the end of April. They note that raw sewage has not flowed from the plant since Feb. 16.

In the meantime, Jeanne Kohl-Welles and other council members have launched an independent probe. They say they want to know what led to the breakdown and make sure this type of disaster doesn’t happen again.

The sewage spill is a potential black eye for a region that prides itself on its environmental consciousness. Years of work have gone into trying to clean up the nation’s second-largest estuary, a vast inlet where water from the Pacific Ocean mixes with water draining from thousands of streams and rivers. One recent effort banned boats from dumping raw or partially treated sewage.

In all, about 30 million gallons of raw sewage have poured into Puget Sound — during the initial breakdown and on two other occasions.

There hasn’t been a treatment-plant spill of this magnitude in recent memory. The county is in violation of its clean water permit until the facility is fully operational.

“The longer it goes on, the greater the probability of an environmental effect,” she added.

Untreated sewage and storm water can be harmful to people and aquatic life because they release chemicals and disease-causing germs. People also can get sick eating shellfish contaminated with bacteria from waste; however, most Seattle beaches are closed to shellfish harvesting, and the spill has so far led to no widespread restrictions.

“Anytime pollution goes into the sound, it’s a concern,” said Sheida Sahandy, who directs the Puget Sound Partnership, the state agency in charge of cleaning up the sound.

But water-quality monitoring is in place, repairs are underway and an independent investigation will determine what happened, she said.

Wastewater moving through the plant is getting primary treatment. Dirty water is screened to remove trash and debris, with some solids settling out, before it’s disinfected, dechlorinated and released through a 300-foot-deep emergency pipe designed to diffuse the waste into rapid currents.

Since Feb. 9, there has been no secondary treatment, a process that relies on beneficial organisms to clean the waste and is required by federal clean water laws.

Beaches that closed because of the initial spill reopened Feb. 21. County officials have been sampling weekly since the spill. Tests of fecal bacteria, dissolved oxygen and nutrients have been normal.

“So far, we have not seen anything that looks out of the realm of normal,” said Kimberle Stark, who manages King County’s marine monitoring program.

She doesn’t expect to see other effects to wildlife because the spill was short and the flow is now being sent through deep-water pipe.

Linda Peters, who lives near the plant, said she runs in the area twice a week and can still smell the sewage.

“The idea that sewage is in the water is just terrible,” Peters said. “The fact that it could happen and that it wasn’t anticipated — it’s disturbing.”

Events unfolded quickly in the early hours of Feb. 9. Power went out to two sets of pumps that discharge treated wastewater into Puget Sound. Float switches designed to detect high water levels inside the tanks also failed, allowing water to top over and flood surrounding areas. Crews worked fast to divert the flows to bypass the plant and go directly into the sound, but the flooding damage was done.

While rain did not cause the electrical failure that set problems in motion, it certainly exacerbated it, said Robert Waddle, plant operations manager. The facility typically handles about 90 million gallons a day, but it was near peak with 440 million gallons because of heavy rain.

In the meantime, crews have been working hard to get the plant up and running, replacing motors, lights, pumps and other equipment.

As the plant puts things back together, Mr. Waddle said they’re making changes and adding redundant systems in some cases.

“My job is to make sure it doesn’t happen again,” Waddle said.