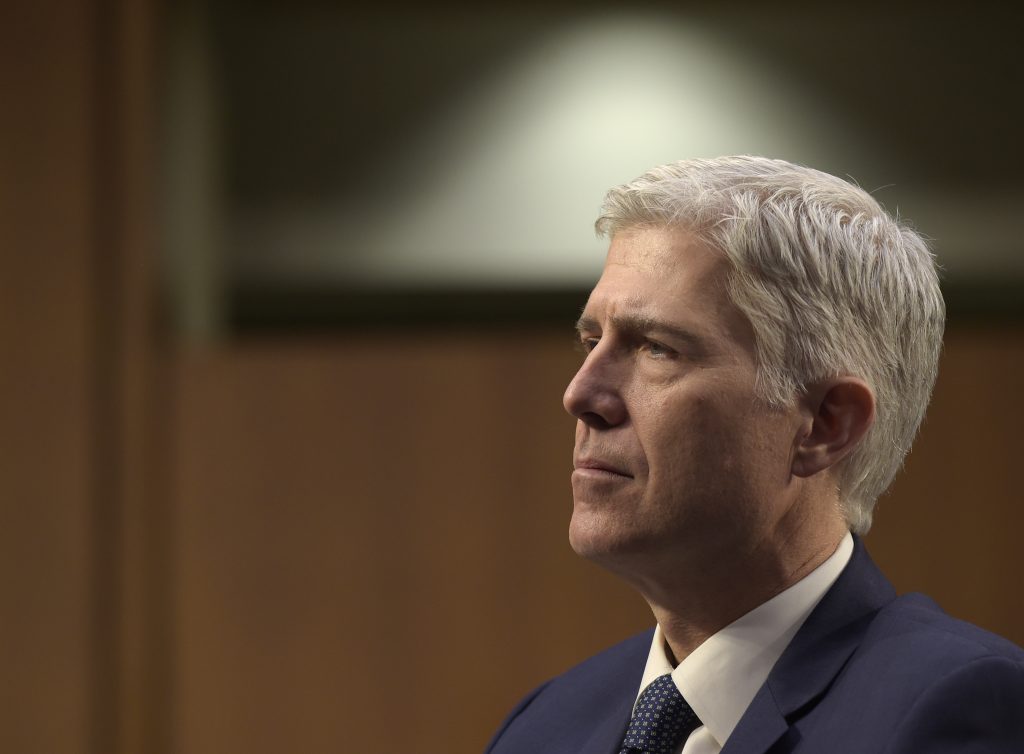 We don’t hire umpires because we expect them to help a particular team win. We hire them to make the right calls, no matter what. The best ones know the rulebook inside out and backwards — and make a point of being scrupulously impartial.

The same goes for Supreme Court justices. And after two marathon days of questioning by the Senate Judiciary Committee, Tenth Circuit Judge Neil Gorsuch demonstrated why he would make an excellent addition to the high court.

Mr. Gorsuch’s mastery of the law was obvious, as was his commitment to being a fair and impartial judge and his record of taking the text of laws and the Constitution seriously. Most importantly, he showed that he understands the limited role judges should play in our government.

In exchange after exchange with senators during the hearing, Gorsuch underscored that it is their job, not his, to make the law. After all, judges are not politicians in robes. Their role is to interpret the law in cases before them. It’s essential that judges interpret the law as it is written, rather than how they wish it was written.

So when Sen. Dianne Feinstein, D-Calif., asked Gorsuch if he agrees with the seminal 2008 Supreme Court Second Amendment case, District of Columbia v. Heller, he replied, “It’s not a matter of agreeing or disagreeing, senator. Respectfully, it’s a matter of it being the law. And my job is to apply and enforce the law.”

Sen. Sheldon Whitehouse, D-R.I., repeatedly asked Gorsuch about so-called dark money in campaigns and requiring the disclosure of donors. Gorsuch said, “(T)hat’s a political question for this body, and there’s ample room for this body to pass disclosure laws for dark money.” He continued, “(W)ith all due respect, the ball’s in your court.”

Sen. Al Franken, D-Minn., brought up a case involving a litigant with whom many would sympathize, a trucker who was fired for failing to follow his employer’s instructions because he was trying not to freeze to death on the job. Gorsuch dissented from his court’s ruling, which found for the trucker despite plain statutory text that supported the employer’s decision.

Franken criticized Gorsuch’s dissenting opinion, saying judges should stray from applying the plain meaning of statutes if the result would be absurd. Gorsuch said that he empathized with the trucker’s dilemma, but the absurdity exception does not allow judges to ignore statutory text simply because they don’t like the outcome. It applies to things like drafting errors in the text. This case epitomizes the old adage that hard cases make bad law.

During his confirmation hearing, Gorsuch said that he treats “each person as a person, not a this kind of person or a that kind of person.” He also explained, “I listen to the arguments made, I read the briefs that are put to me. I listen to my colleagues carefully. I listen to the lawyers in the well. … I take the judicial process very seriously. … I leave all the other stuff at home. And I make a decision based on the facts and the law.”

Gorsuch has shown that he doesn’t put a thumb on the scale for certain interest groups and that he leaves his personal policy preferences at home when deciding cases. That’s exactly the kind of justice we need on the Supreme Court.

Senate Majority Leader Mitch McConnell, R-Ky., has said this nominee will be confirmed one way or another. If he gets his way, Neil Gorsuch will be sitting on the Supreme Court later this spring. For Americans who care about a fair and impartial judiciary, that’s an encouraging prediction.

Elizabeth Slattery is a legal fellow at The Heritage Foundation.