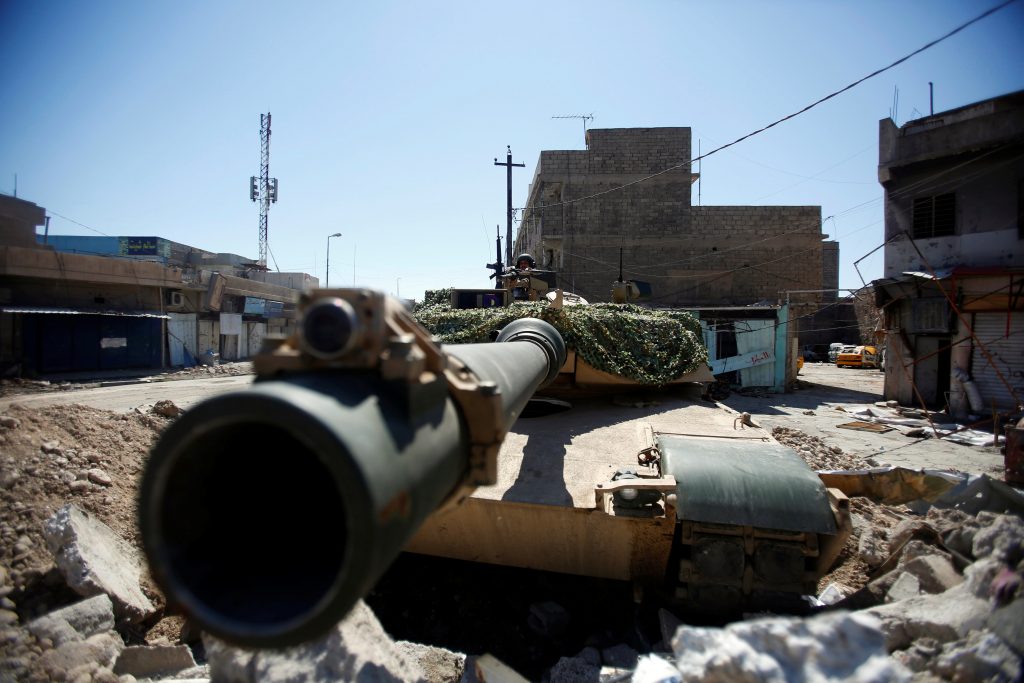 Iraq’s military said on Sunday 61 bodies were recovered from a collapsed building that Islamic State boobytrapped in west Mosul, but there was no sign it had been hit by a coalition strike although a large vehicle bomb was discovered nearby.

The military statement differed from reports by witnesses and local officials that as many as 200 bodies had been pulled from a collapsed building after a coalition strike last week targeted IS terrorists and equipment in al Jadida district area.

What happened on March 17 remains unclear and details are difficult to confirm as Iraqi forces battle with Islamic State to recapture the densely populated parts of the western half of Mosul, the terrorist group’s last stronghold in Iraq.

But the incident highlights the complexity of fighting in west Mosul, where terrorists hide among families, using them as shields and putting at risk as many as half a million people still caught in Islamic State-held areas.

The U.S.-led coalition backing Iraqi forces on Saturday said it carried out a strike on Islamic State terrorists and equipment in the area of the reported deaths, but it was still investigating. It did not give figures for any casualties or details on targets.

The Iraqi military command said witnesses had told troops that the building was boobytrapped and terrorists had forced residents inside basements to use them as human shields. IS terrorists had also fired on troops from houses, it said.

A coalition airstrike had hit the area, but a military team had not found any sign the collapsed building had been hit.

“A team of military experts from field commanders checked the building where the media reported that the house was completely destroyed. All walls were boobytrapped and there is no hole that indicates an airstrike,” it said.

Its figures were lower than other local officials. A local municipal official said on Saturday 240 bodies had been pulled from the rubble. A local lawmaker and two witnesses say a coalition airstrike may have targeted a large truck bomb, triggering a blast that collapsed buildings.

Ghazwan al-Dawoodi, head of local Nineveh governate human rights council, said his team had made a field visit and that 173 people were killed after terrorists forced them into a bunker and opened fire on gunships to prompt an airstrike.

In its sixth month, the battle to recapture Mosul is now focused on the Old City and the al Nuri mosque, where the Islamic State leader declared his self-proclaimed caliphate three years ago after the terrorist group swept through parts of Iraq and Syria.

Iraqi forces have retaken the east of Mosul and half of the west across the Tigris River that divides Iraq’s second-largest city. Thousands of people are fleeing each day to escape fighting and increasingly difficult conditions inside.