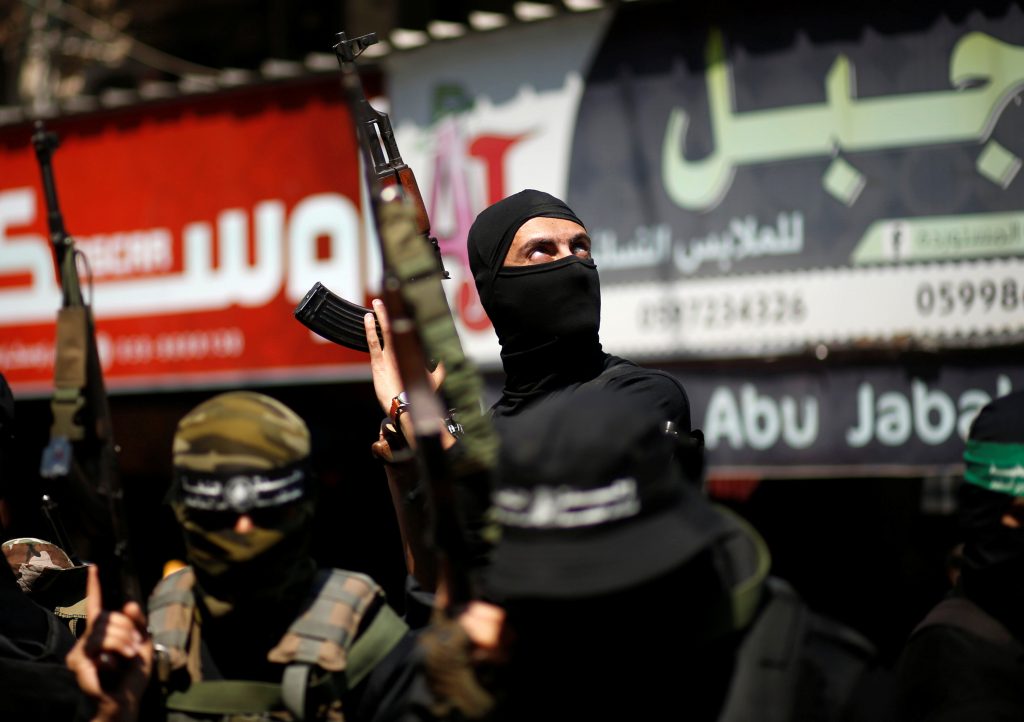 Hamas has accused Israel of being responsible for the death of Mazan Fuqaha, a top Hamas terrorist who was found dead in Gaza Friday night. Fuqaha was one of the thousand-plus terrorists who was released in the deal to free IDF soldier Gilad Shalit, after which he returned to terror activities and directed attacks against Israel.

Hamas termed Fuqaha a “commander” in a notice announcing his death. He was found dead next to his house in an exclusive area of Gaza City, shot to death. Hamas said that it would “avenge his death,” and called on all Palestinian terror groups to take part in attacking Israel in revenge for his death.

Fuqaha, 38, was sent to prison in Israel in 2003 for carrying out a terror attack near Tzfas, in which nine people were killed. He was released from prison in the 2011 deal to release Shalit, and immediately returned to terror activities, despite signing a commitment not to do so as a condition of his release.

An IDF spokesman declined to comment on the incident.

“Hamas and its (military wing) hold (Israel) and its collaborators responsible for this despicable crime… (Israel) knows that the blood of fighters is not spilled in vain and Hamas will know how to act,” the group said in a statement.

Khalil al-Haya, Hamas’s deputy chief in the Gaza Strip said only Israel would have had something to gain from the death.