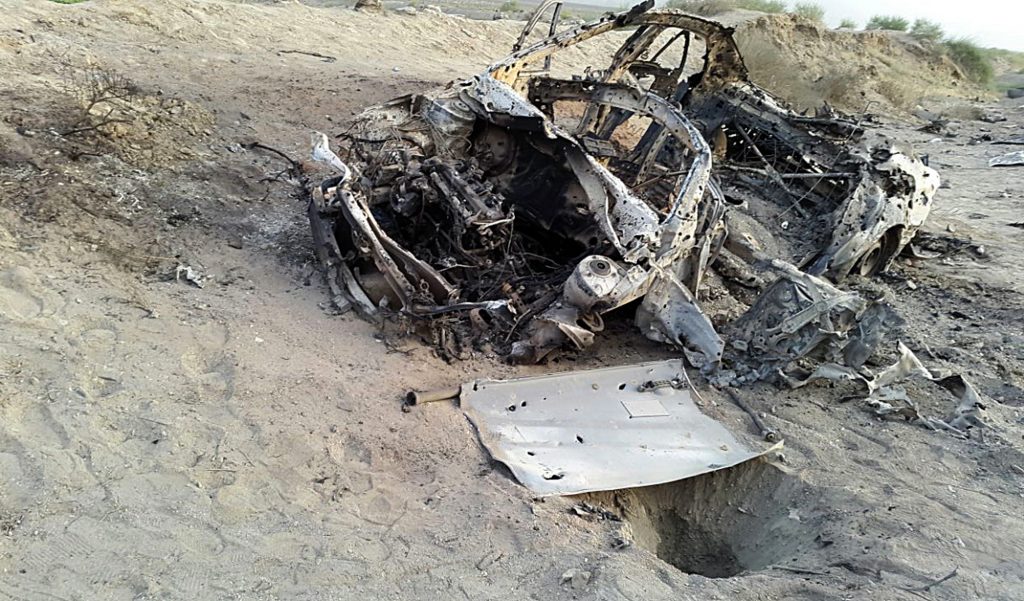 The Pentagon said on Saturday a U.S. air strike in Afghanistan this week killed an al Qaeda militant who was responsible for the death of two American service members and accused of involvement in a deadly attack on a bus carrying Sri Lanka’s cricket team in 2009.

The Pentagon said in a statement the strike took place on March 19 in Paktika province and killed Qari Yasin, “a well-known al (Qaeda) terrorist leader,” who had ties to the Tehreek-e-Taliban, also known as the Pakistan Taliban.

“The death of Qari Yasin is evidence that terrorists who defame Islam and deliberately target innocent people will not escape justice,” U.S. Defense Secretary Jim Mattis said in the statement.

It said that Yasin was responsible for a 2008 bombing on a hotel in Islamabad, Pakistan, which killed dozens of people including two American service members.

Pakistan’s Counter-Terrorism Department had offered a bounty of 2 million rupees ($19,000) for Yasin, saying he was involved in the 2009 bus attack in the northeastern city of Lahore, allegedly organized by militant group Lashkar-e-Jhangvi.

The attack on the Sri Lankan cricket team bus led to Pakistan’s exclusion from the role of hosting major international tours. At least 10 gunmen fired on the bus with rifles, grenades and rockets, wounding six players and a British coach, and killing eight Pakistanis.

Since then, Pakistan has been forced to play most of its “home” games in the United Arab Emirates.