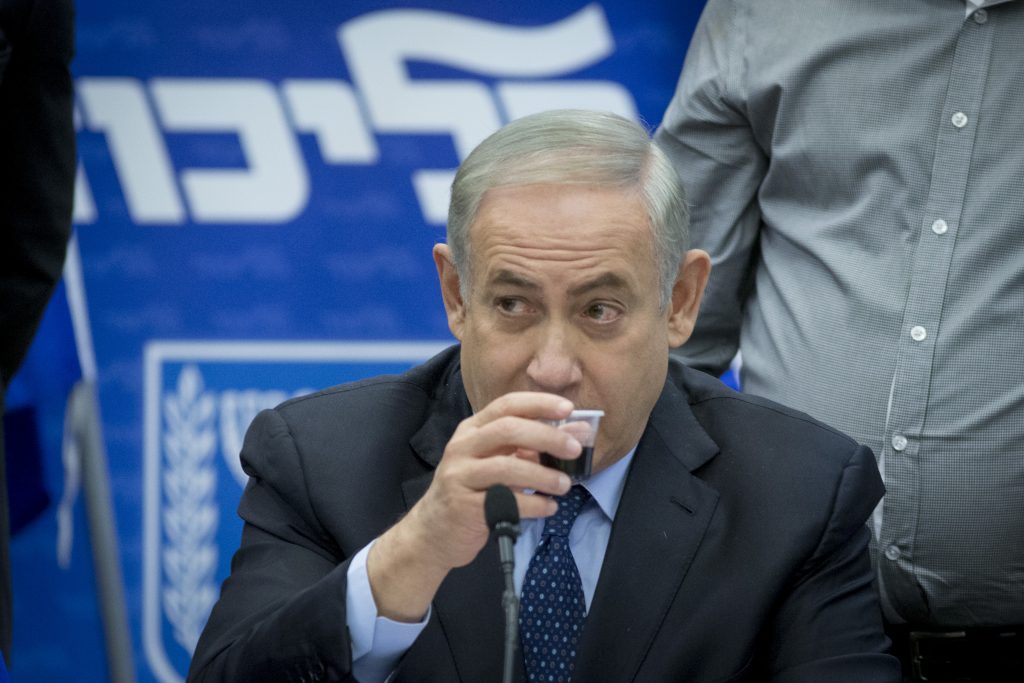 Yet another poll indicates that if elections were held today, Yair Lapid’s Yesh Atid Party would emerge as the largest faction in the Knesset. The poll released Thursday by the Geocartigraphia organization, has Lapid’s party getting 28 seats in a new Knesset, compared to 27 for Prime Minister Binyamin Netanyahu’s Likud.

The question of new elections and a new government became much more practical and immediate over the past week, as a sharp difference of opinion broke out Netanyahu and Finance Minister Moshe Kahlon over the question of whether or not to close down or extend the life of the Israel Broadcasting Authority, and whether or not to replace it with the new Israel Broadcasting Corporation. PM Netanyahu had originally been in favor of shuttering the IBA but has since changed his mind, while the move is still supported by MK Kahlon. There have been conflicting reports on how far the two are from being able to resolve the conflict, and whether either or both are even interested in doing so.

MK Kahlon, it is likely to assume, would be reluctant to go to new elections, since nearly all polls released over the past two months show that he would lose a significant number of seats in a new Knesset. The new poll shows his Kulanu Party falling from the 10 seats it currently has to just five. Another big loser consistently listed as shrinking considerably in recent polls is Zionist Camp, and the Geocartigraphia poll, too, shows the party head by MK Yitzchak Herzog falling from its current 24 seats to just 11. Zionist Camp’s voters would migrate to Yesh Atid, as well as to Meretz, which according to this poll would rise from its current four seats to 10. United Arab List would lose three seats, falling to 12 from its current 15 – one of the other sources of Meretz’s growth, according to the poll.

On the right and religious side of the aisle, Jewish Home would jump to 12 seats, while United Torah Jewry would move up to seven. Shas would fall to five seats. Respectively, those parties currently have eight, six, and six seats each. Avigdor Liberman’s Yisrael Beytenu retains its current strength at six seats.

Once again, it would appear that PM Netanyahu would be the only likely candidate to form a government, if one could be formed at all. Together with Liberman and the religious parties, a likely Netanyahu coalition would include 56 MKs, trumping the number Lapid could garner, unless he could recruit the Arab MKs – considered a long-shot – or the chareidi parties, which would be nearly impossible. If a diminished Kulanu joins a Likud-led government again, Netanyahu would have a coalition of 61, enough to get a government going, and perhaps enough to convince Zionist Camp to join as well.

But perhaps the most significant poll of the week is one that appeared Friday in Maariv – which shows that the majority of Israelis don’t believe elections now are a good idea. 61 percent of those responding in that poll said that elections based on the current political situation – the insistence of PM Netanyahu that MK Kachlon follow the coalition agreement and support the Likud’s position on preserving the IBA – is a bad reason to go to elections. Only 21 percent said elections now would be a good idea.