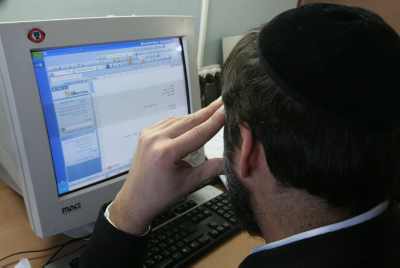 One of the consequences of high-tech people leaving Israel is often relocation of the owners of companies to the United States – usually to Silicon Valley, where many of the companies that buy Israeli start-ups are headquartered. The former Israeli owners or chief executives of the start-ups are offered positions in the organization that bought their company out, usually to help integrate operations of their former company into those of the purchasing firm.

This process often entails the sellers of the company to take up residence near the headquarters of the purchasing firm, at least temporarily. According to Aya Lefkowitz, CEO of Israeli firm Ogen Relocation, a study showes there are some 60,000 Israelis, including wives and children of start-up entrepreneurs, who are in this situation. And according to Leflowitz, the profile of those relocating is distinct: Nearly 90 percent are secular male Israelis from the center of the country.

The balance – 10 percent – are mostly women, save for the occasional outlier, who is Arab or chareidi. While there is no direct correlation between start-up success and relocation, said Lefkowitz – it’s possible that the successful Arabs or chareidim would choose not to relocate – there was definitely some correlation, she said.

Of those who do relocate, 61 percent are single, compared to 39 percent who are married. 48 percent are under age 30, while just 15 percent were age 40 and older. Individuals from Arab or chareidi backgrounds leaving were statistically insignificant, the study showed.