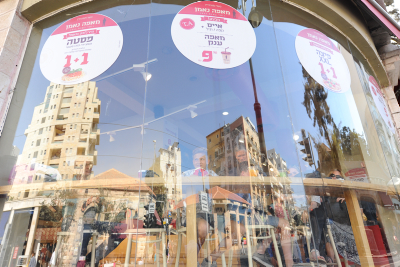 Among those polled who were students in one of the city’s many educational institutions, 75 percent said that there was a “strong possibility” that they would remain in Yerushalayim when they finished their course of study, if they could find work in their field of study. Among those with degrees in medicine and the sciences, that figure climbed to 80 percent.

Chanan Rubin, who is responsible for youth affairs in the Yerushalayim Municipality, said that the results of the poll were the opposite of the common perception that young people were leaving the city, due to the high cost of housing.

“At the end of 2015 we established a new program to devise a policy that would deal with young families. The process has proven itself and the efforts we have put in developing parks and public spaces, and in developing unique educational options, has proven itself. We are expanding this policy, in order to further increase the attraction of the city to young families,” he added.