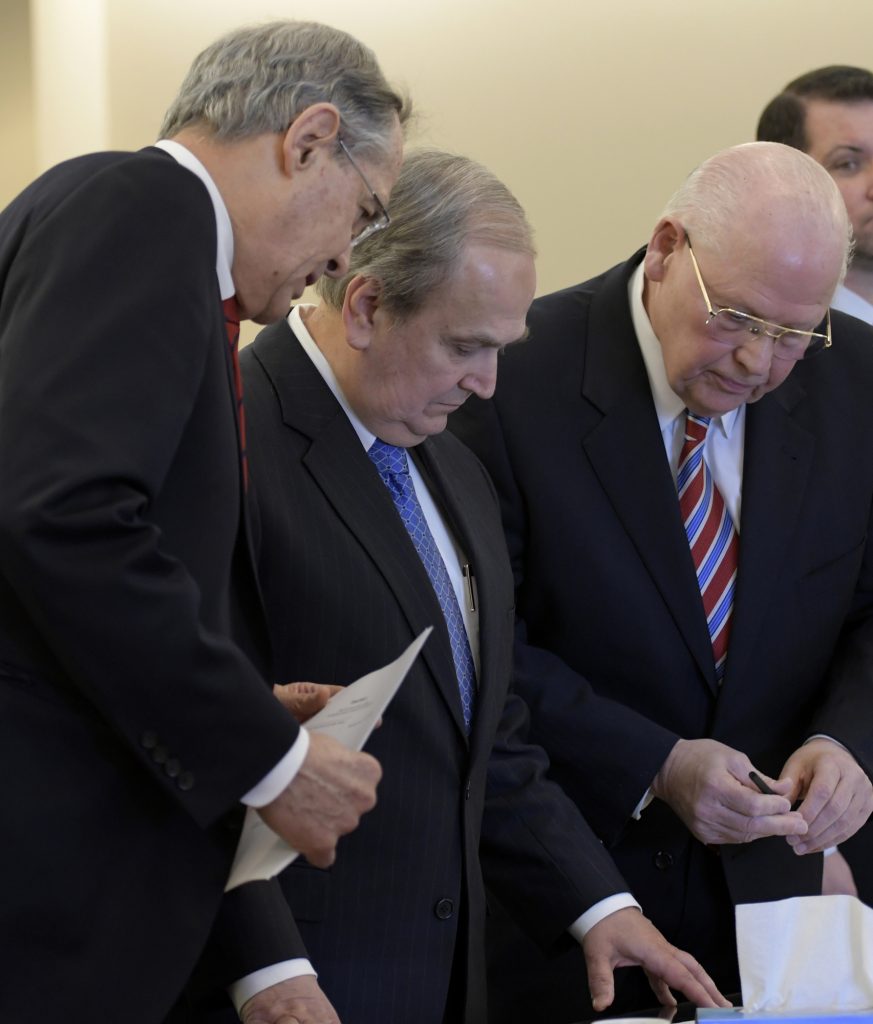 Two western New York politicians are facing felony charges they violated state election law, the latest allegations in a state that has seen a rash of corruption arrests.

Republican state Sen. Robert Ortt of Niagara County pleaded not guilty Thursday to charges that, as mayor of North Tonawanda, he arranged for a no-show job for his wife in order to pad his salary. Prosecutors say Ortt’s wife received $21,000 over four years. She has not been charged with a crime.

Meanwhile, Ortt’s predecessor, Republican George Maziarz, pleaded not guilty to charges that he used campaign money to secretly pay an ex-staffer accused of harassment. Prosecutors say the money passed through a public relations firm so the payments would not become publicly known.

The Board of Elections referred the case to Attorney General Eric Schneiderman, a Democrat, who said Thursday that no-show jobs and secret payments are “the lifeblood of public corruption.”

Ortt dismissed the charges as politically motivated. He has no plans to resign.

“We look forward to telling voters the truth about [New York Attorney General] Eric Schneiderman and exposing him for the power hungry, political opportunist he is and I will fight this ridiculous charge,” he said.

Ortt won the seat in 2014 following Maziarz’s retirement after holding the post for nearly two decades.