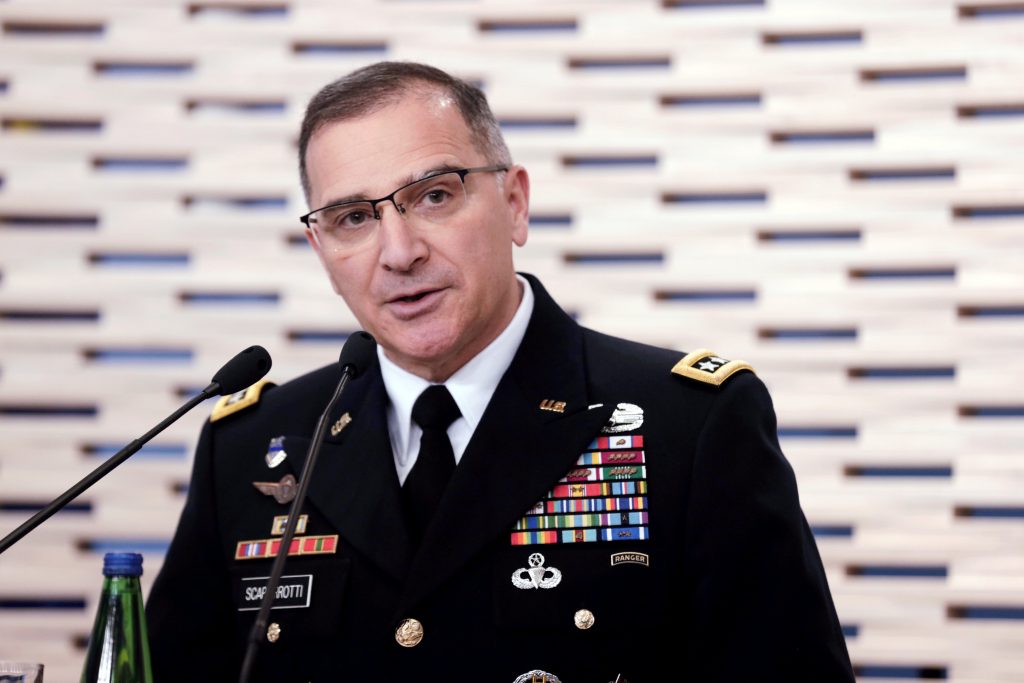 The top U.S. general in Europe said on Thursday that he had seen Russian influence on Afghan Taliban insurgents growing and raised the possibility that Moscow was helping supply the terrorists, whose reach is expanding in southern Afghanistan.

“I’ve seen the influence of Russia of late – increased influence in terms of association and perhaps even supply to the Taliban,” Army General Curtis Scaparrotti, who is also NATO’s Supreme Allied Commander, Europe, told a Senate Armed Services Committee hearing.

He did not elaborate on what kinds of supplies might be headed to the Taliban or how direct Russia’s role might be.

Moscow has been critical of the United States over its handling of the war in Afghanistan, where the Soviet Union fought a bloody and disastrous war of its own in the 1980s.

But Russian officials have denied they provide aid to the insurgents, who are contesting large swaths of territory and inflicting heavy casualties, and say their limited contacts are aimed at bringing the Taliban to the negotiating table.

According to U.S. estimates, government forces control less than 60 percent of Afghanistan, with almost half the country either contested or under control of the insurgents, who are seeking to reimpose Islamic law after their 2001 ouster.

Underlying the insurgents’ growing strength, Taliban fighters have captured the strategic district of Sangin in the southern Afghan province of Helmand, officials said on Thursday.

The top U.S. commander in the country, General John Nicholson, said last month that Afghanistan was in a “stalemate” and that thousands more international troops would be needed to boost the existing NATO-led training and advisory mission.

Scaparrotti said the stakes were high. More than 1,800 American troops have been killed in fighting since the war began in 2001.

“NATO and the United States, in my view, must win in Afghanistan,” he said.

Taliban officials have told Reuters that the group has had significant contacts with Moscow since at least 2007, adding that Russian involvement did not extend beyond “moral and political support.”