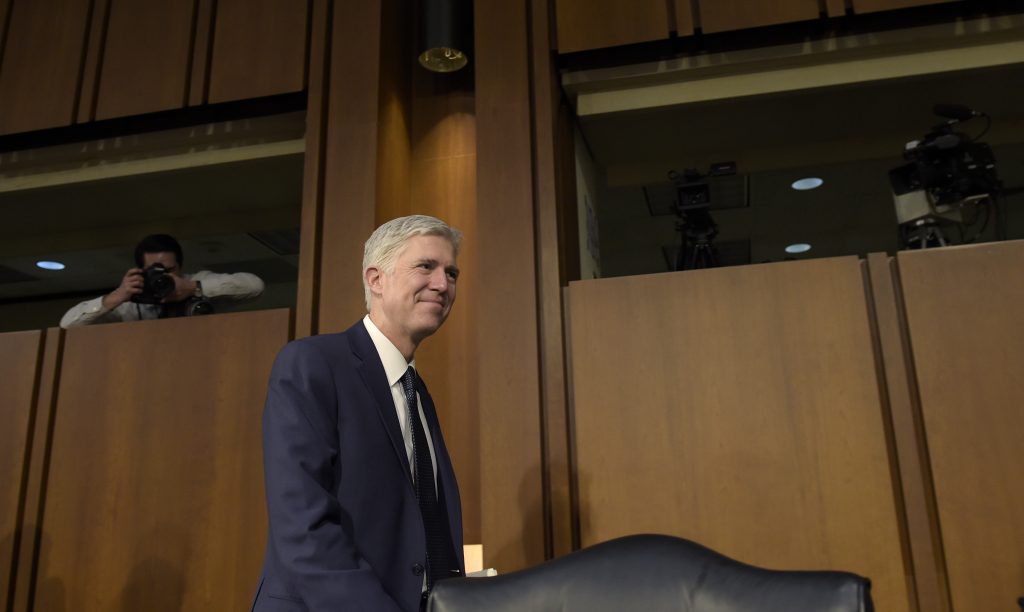 Organizations representing Orthodox Jewry in America urged senators to vote for the confirmation of Judge Neil Gorsuch to the United States Supreme Court. Citing decisions from his career on the bench, they presented the Colorado judge as a nominee they felt would be a stalwart protector of the rights of minority religious groups on the high court.

Judge Gorsuch’s confirmation process comes at a time when the stakes for religious groups have been cast as being particularly high. An increasing number of cases are making their way through lower courts on behalf of individuals and businesses that have been fined or subjected to other legal consequences for acting on beliefs that put them at odds with progressive social ideology. In the majority of cases, so far, courts have ruled against religious objectors, but the issue seems likely to make its way to the Supreme Court in the near future.

Last term, a short-handed Court seemed unable to find a majority in Zubik v. Burwell, a case that pitted group of Christian organizations against the Obama administration over the government’s handling of religious objections to a section of its health-care mandate. The issues were left undecided. Depending on the final details of the bill to reform the Affordable Care Act, similar issues could easily return to courts.

In general, a growing tendency towards secularism and an increasingly aggressive streak among many progressive groups towards faith groups have left religious traditionalists looking to courts to protect their First Amendment rights.

“The prospect of Judge Gorsuch’s elevation to the Supreme Court is particularly welcome and meaningful to Americans of faith and to all those who cherish religious liberty,” said the Agudath Israel of America in a statement released Thursday. “That he has garnered support from Americans of diverse political, ethnic and religious backgrounds is testament to the confidence our citizenry has in Judge Gorsuch’s adherence to the fair and faithful application of the law.”

Judge Gorsuch has an impressive record of ruling on religious liberty issues. Widely noted among his opinions has been his ruling in favor of religious objectors in the Hobby Lobby case, a position ultimately upheld by the Supreme Court. In American Atheists v. Davenport, he dissented from the majority and said that the court had set too strict a standard for what should be considered government endorsement of religion.

Judge Gorsuch’s most recent key ruling on religious exercise was his opinion in Little Sisters of the Poor v. Burwell, where he supported the religious objections of a group of nuns whose case was ultimately grouped together with others in the Zubik case.

Nathan Diament, executive director for public policy for the Union of Orthodox Jewish Congregations of America (OU), has spoken glowingly of Judge Gorsuch’s nomination. He penned an op-ed piece in The Wall Street Journal praising his protection of religious groups, and particularly his robust application of the Religious Freedom Restoration Act (RFRA) and its role in protecting “unpopular religious beliefs.”

“The First Amendment applies to people of all faiths, and shouldn’t depend on political power,” Mr. Diament wrote. “What is required is enforcement by jurists sensitive to the needs of religious minorities. Whether Judge Gorsuch will be confirmed to the Supreme Court remains to be seen. But his record suggests that those who care about religious liberty may want to pray that he gets the chance to rule on it.”