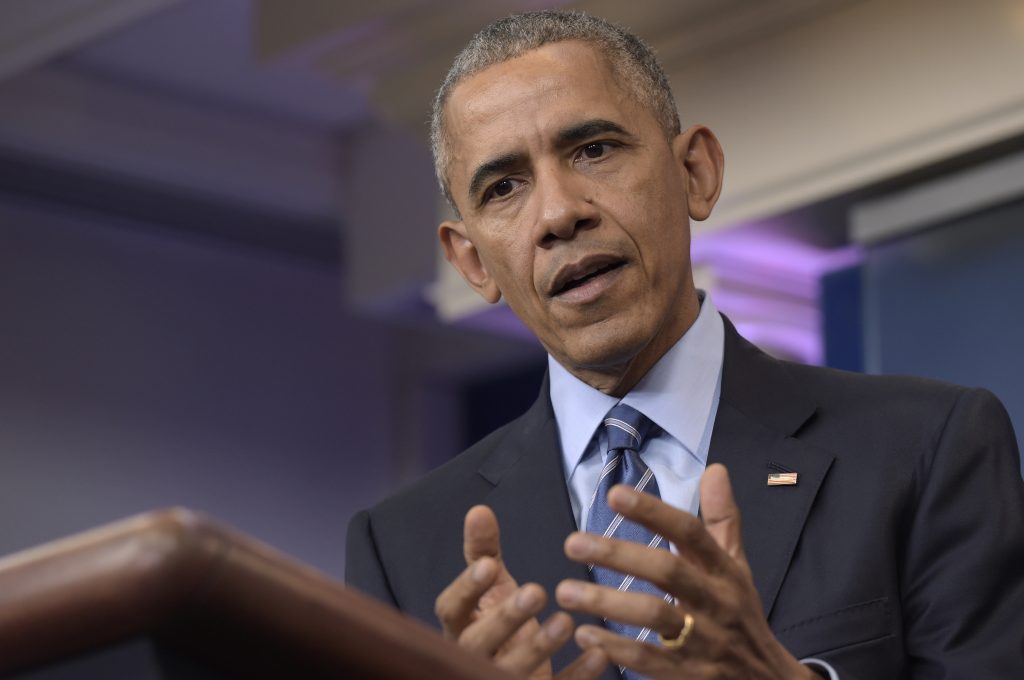 Former President Barack Obama marked the anniversary of the Affordable Care Act with a robust defense of the law Republicans sought to begin repealing on Thursday.

In a lengthy written statement, Obama made no explicit mention of the action pending in the House. But he clearly contrasted the grueling process that ended with his signing the law seven years ago and the positive impact he said it has had with the aims of congressional Republicans and his successor today.

The health law was passed after a battle “carried out in congressional hearings and in the public square for more than a year,” Obama noted. By contrast, lawmakers still haven’t seen final text of the bill scheduled to be voted on Thursday night in the House. It is still the subject of a furious round of last-minute negotiations between President Donald Trump and House conservatives.

Obama listed key new protections guaranteed in the current law — coverage for those with preexisting conditions, lower costs for prescription drugs for seniors and free preventive care — all of which could be stripped now.

“Reality continues to discredit the false claim that this law is in a ‘death spiral,’” he wrote. And “this law is no ‘job-killer,’” he added, pointing to a record streak of job growth.

Obama conceded that improvements could be made to further reduce costs and stabilize markets.

“If Republicans are serious about lowering costs while expanding coverage to those who need it, and if they’re prepared to work with Democrats and objective evaluators in finding solutions that accomplish those goals — that’s something we all should welcome,” Obama said. “But we should start from the baseline that any changes will make our health care system better, not worse, for hardworking Americans.”

Obama’s statement concluded by noting the grassroots efforts that were key in helping build support for his legislation, and noting that Americans “who love their country still have the power” to support its goals today.