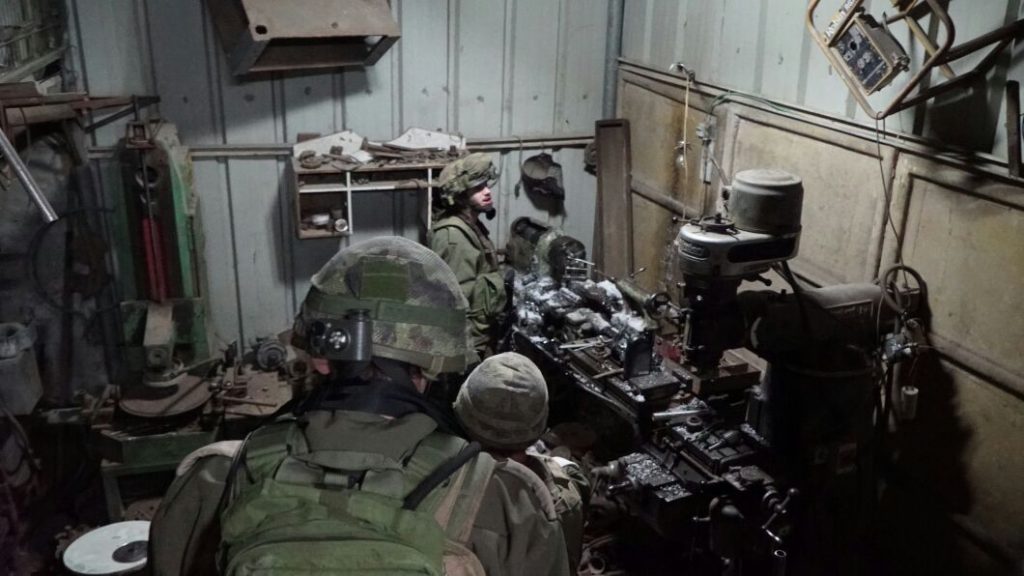 IDF troops overnight Wednesday shut down a workshop for the manufacture of arms in central Shomron. The workshop, which produced dozens of weapons a year, was located in an Arab village near the community of Kfar Tapuach.

The workshop, which had several work spaces, included several large metal cutting machines, along with dozens of weapons in various stages of manufacture. Many of the shooting attacks that have taken place over the past year were carried out with weapons manufactured in workshops such as this one, IDF officials said

Among the weapons seized in whole or in parts were shotguns, rifles, handguns and parts for M-16 machine guns. Also seized were weapons used by sharpshooters, with a range of hundreds of meters. Large amounts of ammunition were also seized.