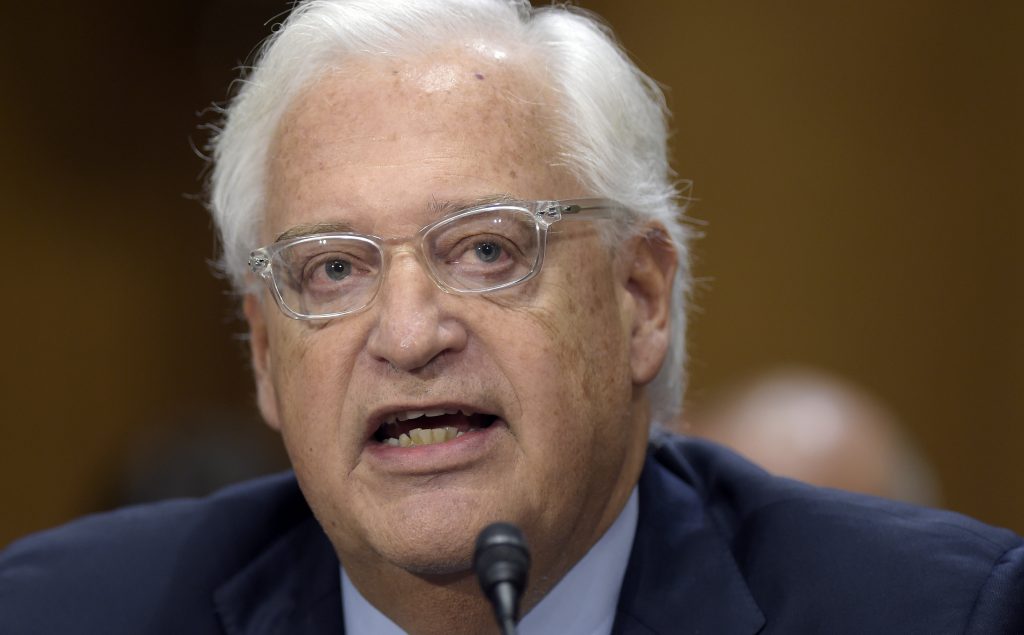 The Republican-led Senate has confirmed President Donald Trump’s pick to be U.S. ambassador to Israel, ignoring objections from Democrats that David Friedman lacked the temperament for such an important diplomatic post.

The son of an Orthodox rabbi, Mr. Friedman has been a fervent supporter of Israeli settlements, an opponent of Palestinian statehood and staunch defender of Israel’s government

Mr. Friedman, a combative attorney who once worked as Trump’s bankruptcy lawyer, generated strident opposition from many Democrats. They pointed to Mr. Friedman’s past verbal attacks against people with opposing viewpoints on Israel and argued that he lacked the temperament for such an important diplomatic post.

Sen. Al Franken, D-Minn., said Mr. Friedman’s “past conduct demonstrates that he lacks the tools one needs to be a good diplomat.”

Mr. Friedman sought to use his confirmation hearing in February to apologize for using inflammatory language and pledged to be “respectful and measured” if confirmed.

During that hearing, Mr. Friedman acknowledged he deserved criticism for incendiary comments that targeted former President Barack Obama, former Secretary of State Hillary Clinton, liberal Jewish advocacy groups and others. Friedman had called one group, J Street, “worse than kapos” — a reference to Jews who helped the Nazis imprison other Jews during the Holocaust. He also accused Obama of “anti-Semitism.”

Corker said that Mr. Friedman “understands the complexity of the issues at stake for the U.S. and the necessity to support a democratic ally in an important and unstable part of the world.”