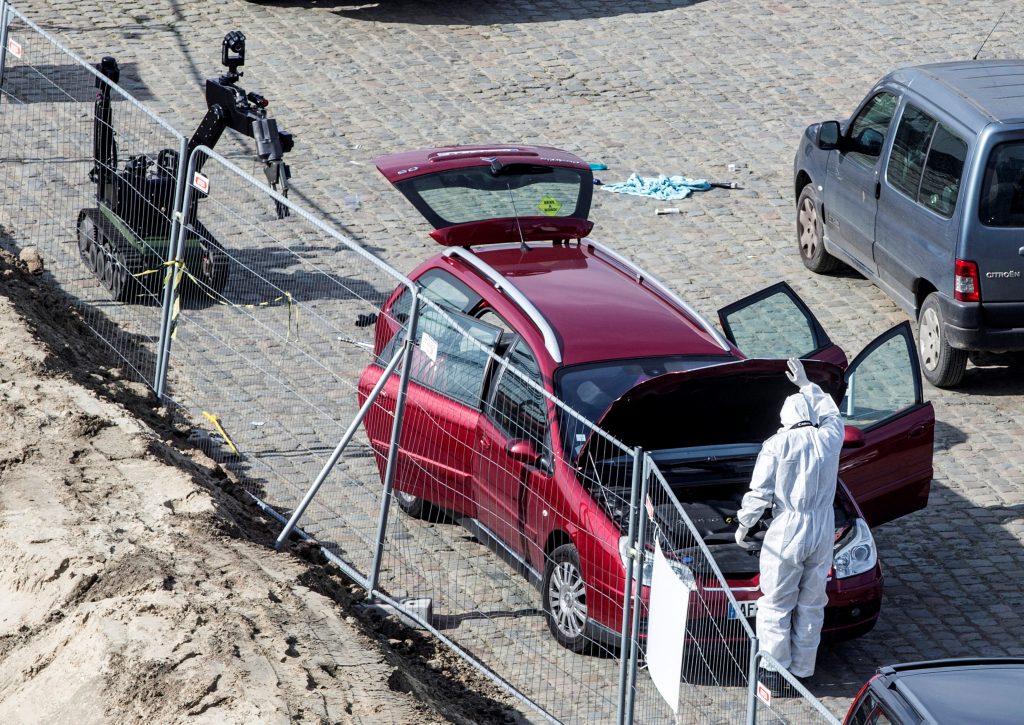 Belgian authorities tightened security on Thursday in the port city of Antwerp after a Frenchman drove his car at high speed through a busy shopping area, forcing pedestrians to jump out of the way.

French President Francois Hollande compared the incident to the attack in London that left three people dead on Wednesday, saying the Frenchman was “trying to kill people or create a dramatic event.”

The federal prosecutor’s office said that the car was intercepted late Thursday morning at the port docks and police arrested a man, identified as 39-year-old Mohamed R., who has been living in France.

In the car, authorities said they found knives, a shotgun and a gas can with an unknown liquid. There were no immediate reports of injuries.

Authorities immediately raised security in the center of Antwerp.

At first sight, the incident appeared to have the hallmarks of several extremist attacks in Europe — a vehicle in a busy area bent on mowing down pedestrians. Trucks were used last year in deadly attacks in Nice and Berlin, and an SUV was used Wednesday in London, where three people died in a rampage close to the British Parliament. The attacker was shot dead by police.

The office said “because of these elements, and the events in London yesterday, the case is being taken on by the federal prosecutor’s office,” which usually deals with extremist attacks.

The high-speed event happened a day after Belgium held anniversary remembrance services for the Brussels airport and subway attacks, which killed 32 people on March 22, 2016.

Belgium has been living under the second highest anti-terror alarm ever since. Soldiers in the busy shopping street on Thursday were immediately involved in trying to control and stop the car, which was speeding away at high speed.