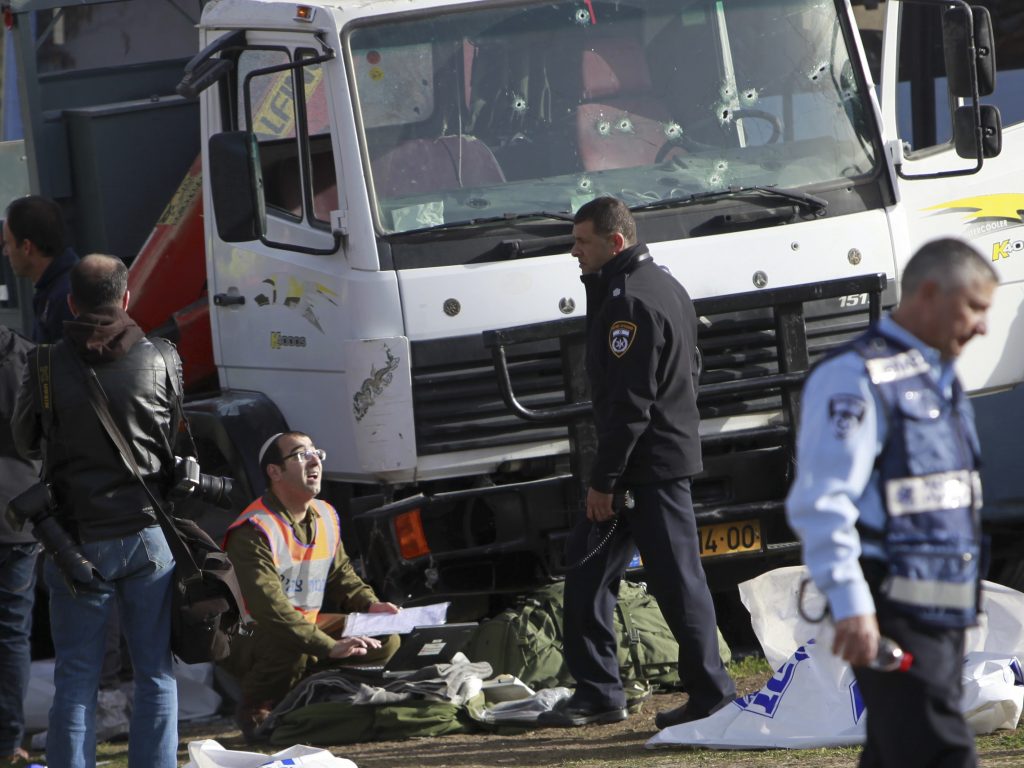 In the wake of the terrorist attack in London on Wednesday, the Associated Press ran an article on other cities where “drivers used their vehicles as weapons.” Melbourne, Berlin, Montreal and others were on the list, but the places that many people would think of first — Yerushalayim or Tel Aviv — were not.

This, despite the fact that Israel has suffered 55 vehicular (ramming) attacks since the beginning of the wave of terror in September 2015, as documented by the Israeli Foreign Ministry.

“Whether intentionally or not, the failure to acknowledge Palestinian vehicular terror in the same terms as similar terrorist attacks in other countries, feeds the false narrative that excuses or attempts to justify Palestinian actions. It also erases Israeli victims of terror in a way that would not be the case for the terrorist attacks that AP did describe.”

A later version of the same article corrected the error, mentioning the Jan. 8, 2017 attack in which “a Palestinian truck driver rammed his vehicle into a crowd of Israeli soldiers at a popular Jerusalem tourist spot, killing four people and wounding 17 in the deadliest single attack of more than a year of Israeli-Palestinian violence. It was the latest in a string of stabbings, shootings and vehicle ramming attacks in a wave of violence that erupted in the fall of 2015.”