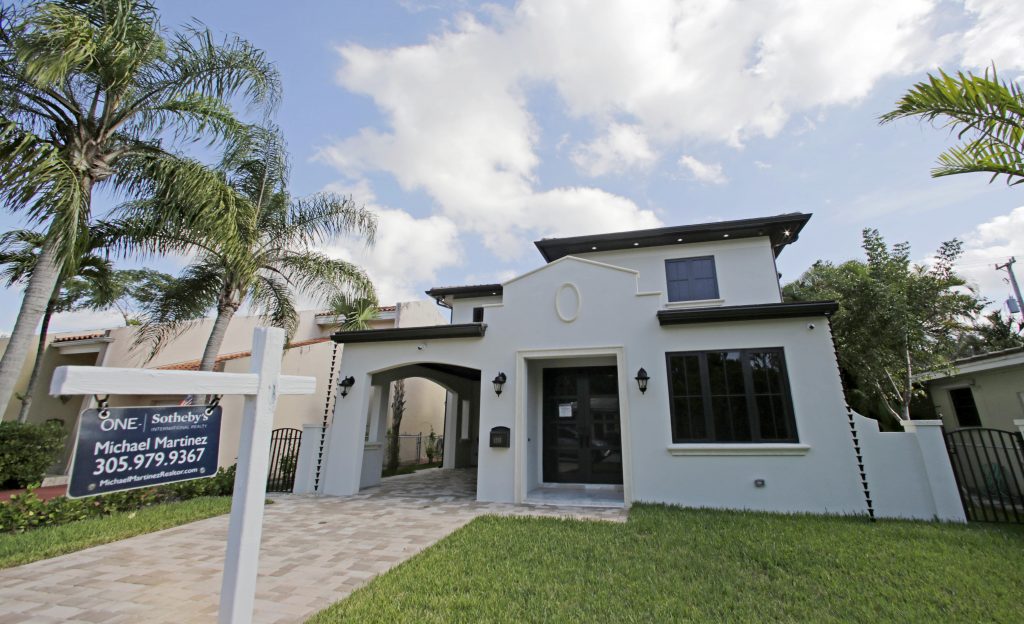 Long-term U.S. mortgage rates slid this week from their highest levels of 2017.

Mortgage buyer Freddie Mac said on Thursday that the rate on 30-year, fixed-rate home loans fell to 4.23 percent from 4.30 percent last week. The benchmark rate stood at 3.71 percent a year ago and averaged 3.65 percent in 2016, lowest in records dating to 1971.

Mortgage rates rose sharply after the Nov. 8 election. Investors bid rates up because they expect President Trump’s plans to cut taxes and increase spending on defense and infrastructure to push economic growth and inflation higher.

The Federal Reserve last week raised short-term rates for only the third time since 2006, a vote of confidence in the health of the U.S. economy.

The average fee for a 30-year mortgage was unchanged this week at 0.5 point. The fee on 15-year loans also remained at 0.5 point.