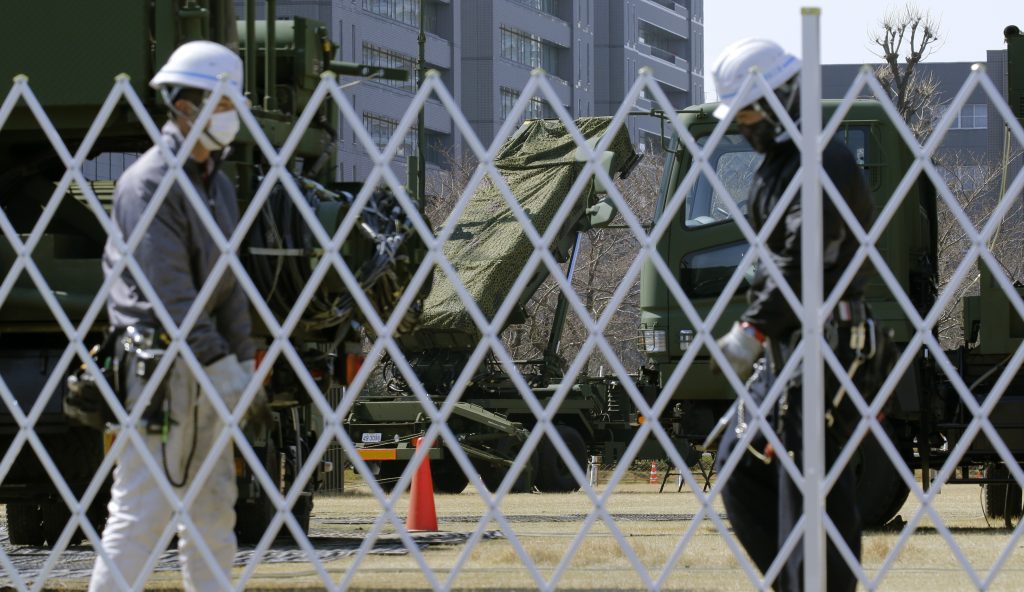 North Korea’s latest missile launch ended in failure on Wednesday as the United States sent a supersonic bomber streaking over ally South Korea in a show of force against the North, officials said.

The reported launch failure comes as the North angrily reacts to ongoing annual U.S.-South Korean military drills that it views as an invasion rehearsal. Earlier this month, North Korea fired four ballistic missiles that landed in waters off Japan, triggering strong protests from Seoul and Tokyo.

The American military detected what it assessed as a failed North Korean missile launch on Wednesday morning, the U.S. Pacific Command said in a statement. It said the missile “appears to have exploded within seconds of launch.”

South Korea’s Defense Ministry said it also believes the launch from the eastern coastal town of Wonsan ended in failure. It said it was analyzing what type of missile was launched.

The failure might mean that the missile is a newly developed one the North has not deployed, according to South Korean media. Last year, the country suffered a series of embarrassing failed launches of its new medium-range Musudan missile before it successfully test-fired one.

The United States often sends powerful warplanes in times of heightened tensions on the Korean Peninsula, which remains in a technical state of war because the 1950-53 Korean War ended with an armistice, not a peace treaty. About 28,500 U.S. soldiers are deployed in South Korea.

North Korea is pushing hard to upgrade its weapons systems to cope with what it calls U.S. hostility. Many weapons experts say the North could have a functioning nuclear-tipped missile capable of reaching the continental U.S. within a few years. North Korea carried out two nuclear tests last year.

On Sunday, the North claimed a major breakthrough in its rocket development program, saying it had conducted a ground test of a new type of high-thrust rocket engine. Washington, Seoul and others view the North’s space program as a cover for its banned long-range missile development program.