Business Sears Has ‘Substantial Doubt’ About Its Future
Business 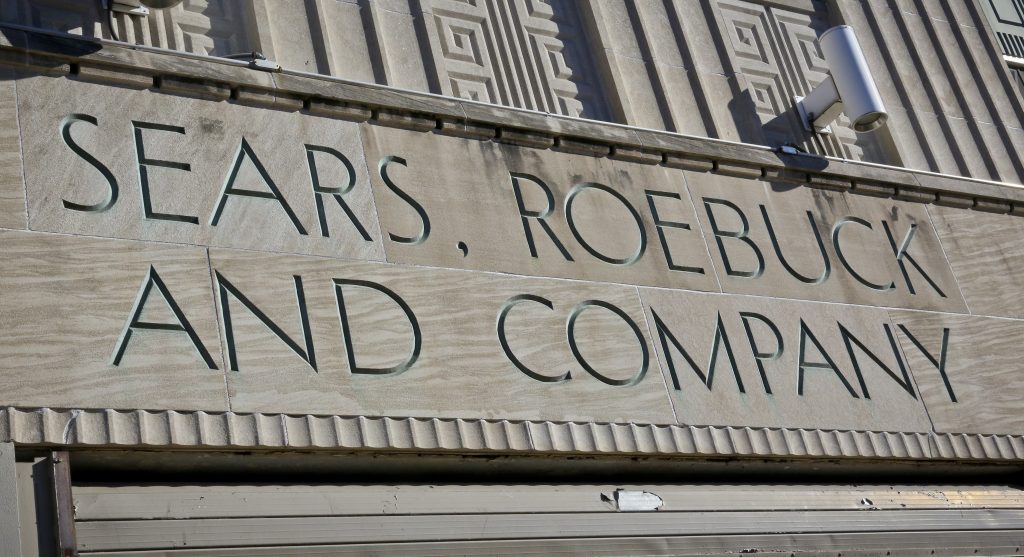 Sears, once the monolith of American retail, says that there is “substantial doubt” that it will be able to keep its doors open.

Sears has been a member of the retail dead pool for years, but until this week the company had not openly acknowledged its tenuous existence, said Ken Perkins, who heads the research firm Retail Metrics LLC.

Sears has long maintained that by balancing the sale of key assets while at the same time enticing customers with loyalty programs, it would eventually turn the corner.

Yet industry analysts have placed the staggering sums of money that Sears is losing beside the limited number of assets it has left to sell, and concluded that the storied retailer may have reached the point of no return.

The company has lost $10.4 billion since 2011, the last year that it made a profit. Excluding charges that can be listed as one-time events, the loss is $4.57 billion, Mr. Perkins says, but how the losses are stacked no longer seem to matter.

“They’re past the tipping point,” Perkins said. “This is a symbolic acknowledgement of the end of Sears of what we know it to be.”

For Sears to survive, Perkins believes it would need to do so as a company running maybe 200 stores. It now operates 1,430, a figure that has been vastly reduced in recent years.

As for Kmart, which Sears also owns, Perkins does not see much of a future.

Millions of dollars have been funneled through the hedge fund of Chairman and CEO Edward Lampert to keep Sears afloat but with sales fading, it is burning through cash. Mr. Lampert combined Sears and Kmart in 2005, about two years after he helped bring Kmart out of bankruptcy.

Sears has been selling assets, most recently its Craftsman tool brand. But it says its pension agreements may prevent the spin-off of more businesses, potentially leading to a shortfall in funding.

“Our historical operating results indicate substantial doubt exists related to the company’s ability to continue as a going concern,” Sears said in a filing with the Securities and Exchange Commission.

Sears, which employs 140,000 people, announced a major restructuring plan in February with hopes of cutting costs by $1 billion through the sale of more stores, jobs cuts and brand asset sales. And it’s reconfiguring its debts to give itself more breathing room.

But it has to get more people through the doors or shopping online for what it’s selling.

Sales at Sears and Kmart locations that have been open at least a year, a key indicator of a retailer’s health, dropped 10.3 percent in the final quarter of 2016.

The company plans to use a big portion of the $900 million it got for Craftsman to shore up its pension plan. It will put $250 million in cash and some income from annual payments toward the plan as part of a deal with the Pension Benefit Guarantee Corp., a federal agency that protects private pension plans.

The company said in its regulatory filing, however, that its agreement with the agency might stand in the way of more asset sales that would buy it more time.

Lampert has long pledged to return Sears to greatness, leveraging best-known brands like Kenmore and DieHard, as well as its vast holdings of land.

Those aspirations have been scrambled by a new consumer that has ripped up the decades-old playbook that the industry has relied upon for years.

There are also new and dynamic players that have also revolutionized the market, namely Amazon.com.

Department stores have been among the hardest hit by those seismic changers as Americans spend money on their homes or on dinners out, rather than on clothing. When they do buy clothes, they’re not spending much, hitting up places like T.J. Maxx for fat discounts.

Sears has upped its presence online, but is having a hard time disguising its age. Its stores are in need of a major redo.

Longtime rivals like Wal-Mart and Target are spending heavily to revitalize stores and they’re intensely focused on a new consumer that goes online before stepping into a store. Meanwhile, J.C Penney has been hitting Sears hard by bringing back major appliances to its stores. Penney, Macy’s and others have been shuttering locations as well. But real estate research firm Green Street Advisors says about 800 stores, or 20 percent of all U.S. mall anchor space, would need to close to match the inflation-adjusted sales productivity of 2006.

Sears in January said it would close 108 additional Kmart and 42 more Sears locations.

In its most recent quarter, Sears, based in Hoffman Estates, Illinois, just northwest of Chicago, lost $607 million. Revenue declined to $6.05 billion from $7.3 billion during the same period the year before.

It was the sixth consecutive quarter of losses.

“They’ve been delusional about their ability to turn around the business,” said Perkins.