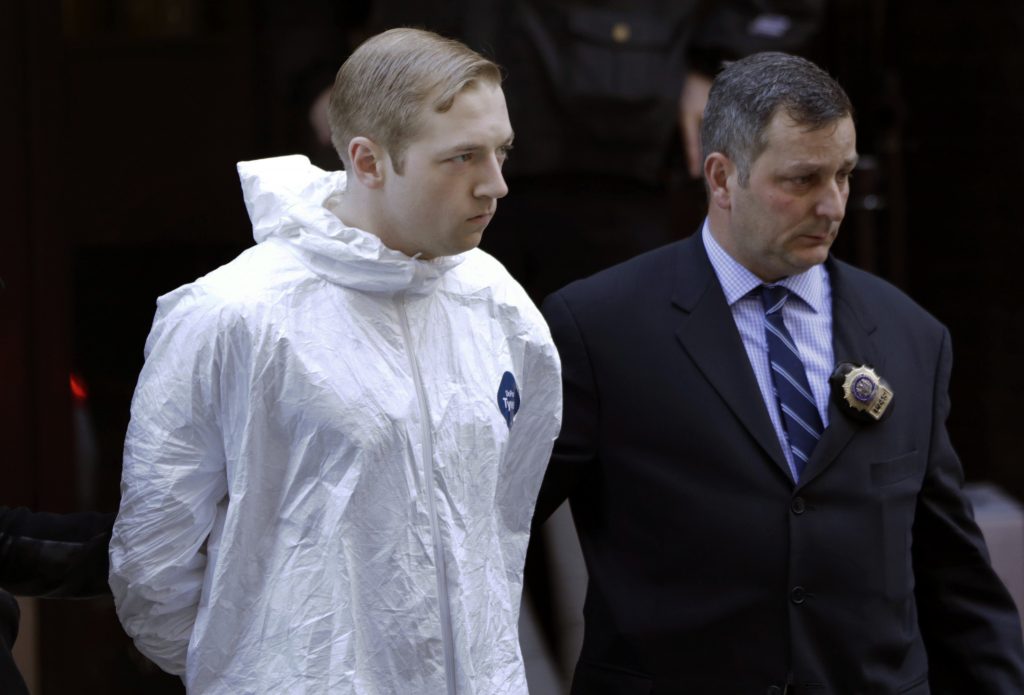 A 28-year-old white man from Baltimore, accused of stabbing a 66-year-old black man to death, traveled by bus to New York City to the “media capital of the world,” to make the biggest splash he could, police officials said.

James Harris Jackson turned himself in at a Times Square police station Wednesday morning and was arrested on a charge of murder, two days after his victim, Timothy Caughman, staggered into a police precinct bleeding to death, said Assistant Chief William Aubrey.

Caughman had been picking through trash in Midtown on Monday when he encountered Jackson, who’d been wandering the streets in a long overcoat concealing a 26-inch mini-sword, police said. Jackson stabbed him repeatedly, they said. Caughman was taken to a hospital where he died.

According to police, Jackson wandered into the police station after noticing his photo in media reports.

“I’m the person that you’re looking for,” he told police, according to Aubrey. They recovered a 26-inch mini-sword. Jackson told police he’d harbored feelings of hatred toward black men for at least 10 years, and he’d traveled to New York on March 17 and was staying in a midtown hotel.

“The reason he picked New York is because it’s the media capital of the world, and he wanted to make a statement,” Aubrey said.

Police suggested that Jackson had been thinking of attacking others, but instead chose to turn himself in.