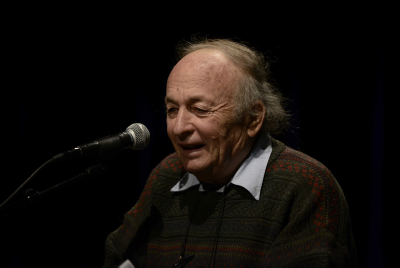 The Israel Prize is awarded annually to individuals who have achieved accomplishments of note during their careers in areas such as science, literature and other areas – and one man who will not be getting the prize this year is leftist artist and author Yair Garboz, whom Education Minister Naftali Bennett struck down after a committee selected him to receive the Israel Prize for Art.

A report by Yediot Acharonot Wednesday said that Bennett personally intervened in the decision process to ban Garboz, who achieved notoriety two years ago when he compared voters for Prime Minister Binyamin Netanyahu to “primitives” who “bow down at the graves of the dead.”

In a statement, Bennett’s office said he had not intervened in the decision. However, the choices for the prizes are generally selected unanimously, and in this case, where the decision was not unanimous, Bennett, who must approve the choices, expressed his opinion to committee members.

Garboz made the comments at an election rally just days before the tight Knesset race in 2015 in support of opposition head Yitzchak Herzog. “They want us to believe that the murderer of the prime minister came from a small, insignificant group of lunatics,” he told a large crowd in Rabin Square in Tel Aviv. Supporters of the Likud, he said, “told us that the racists were not representative of Israeli society, that the thieves and bribe-takers were a small group, that those who kiss the ‘lucky charms’ and bow down at the graves of the dead were a small group.” Such groups, he said, “are building a tunnel of hate under us.”

Garboz was roundly condemned at the time by the right for his incitement against the right, and especially the religious. Ten days later, when Herzog lost the elections, he told Army Radio that “there’s no question that the speech given by Garboz hurt us.”

“I have nothing to do with Garboz,” Herzog said. “I have a golden rule – never to criticize beliefs and opinions, or to insult someone for their faith,” although it should be noted that no condemnation was forthcoming before the elections.