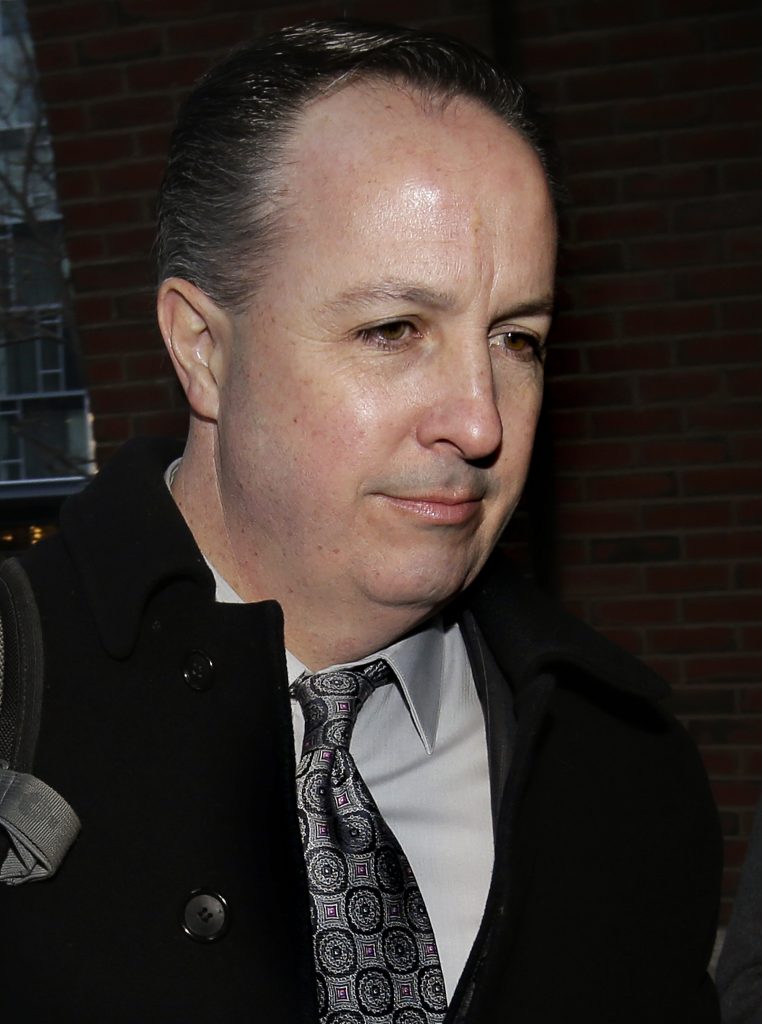 The former head of a Massachusetts pharmacy was acquitted Wednesday of murder allegations but convicted of racketeering and other crimes in a meningitis outbreak that was traced to fungus-contaminated drugs and killed 64 people across the country.

Cadden, president and co-founder of the now-closed New England Compounding Center, was charged with 25 counts of second-degree murder, conspiracy and other offenses under federal racketeering law.

After five days of deliberations, the jury refused to hold Cadden responsible for the deaths and cleared him on the murder counts. He was found guilty of racketeering, conspiracy and fraud.

The 2012 outbreak of fungal meningitis and other infections in 20 states was traced by the Centers for Disease Control and Prevention to contaminated injections of medical steroids, given mostly to people with back pain. In addition to those killed, 700 people fell ill. Indiana, Michigan and Tennessee were hit hardest.

Joan Peay, 76, of Nashville, Tennessee, who suffered two bouts of meningitis after receiving a shot for back pain, wept upon learning Cadden was acquitted of the murder allegations.

“He killed people and he’s getting away with murder. I am furious,” she said. She said that she got so sick from meningitis “I didn’t care if I died,” and that she still suffers from hearing loss, memory problems, a stiff neck and low energy.

Alfred Rye, 77, of Maybee, Michigan, said after the verdict: “I wish I could give him the same shot he gave me. I think they should pay for their crime.”

Rye fell ill after getting an injection in his lower back 4½ years ago. He said he continues to suffer from a loss of balance and other ill effects.

Cadden could get a long prison term at sentencing June 21, though prosecutors would not immediately say what they will ask for. The racketeering charge and the 52 counts of fraud carry up to 20 years each, but federal sentencing guidelines typically call for far less than the maximum.

The scandal threw a spotlight on compounding pharmacies, which differ from ordinary drugstores in that they custom mix medications and supply them directly to hospitals and doctors. In 2013, in reaction to the outbreak, Congress increased federal oversight of such pharmacies.

Federal prosecutor Amanda Strachan told the jury during the two-month trial that the deaths and illnesses happened because Cadden “decided to put profits before patients.”

NECC, among other things, used expired ingredients and falsified logs to make it look as if the so-called clean rooms had been disinfected, prosecutors said. After the outbreak, regulators found multiple potential sources of contamination, including standing water and mold and bacteria in the air and on workers’ gloved fingertips.

Cadden’s lawyers said he was not responsible for the deaths. They said Glenn Chin, a supervisory pharmacist, ran the clean rooms where drugs were made. Chin has pleaded not guilty.

“As horrible as each of these stories is, there is nothing that shows that Mr. Cadden did something that the government can link to the death of that person,” attorney Bruce Singal told the jury.

NECC filed for bankruptcy after getting hit with hundreds of lawsuits. NECC and several related companies reached a $200 million settlement with victims and their families.