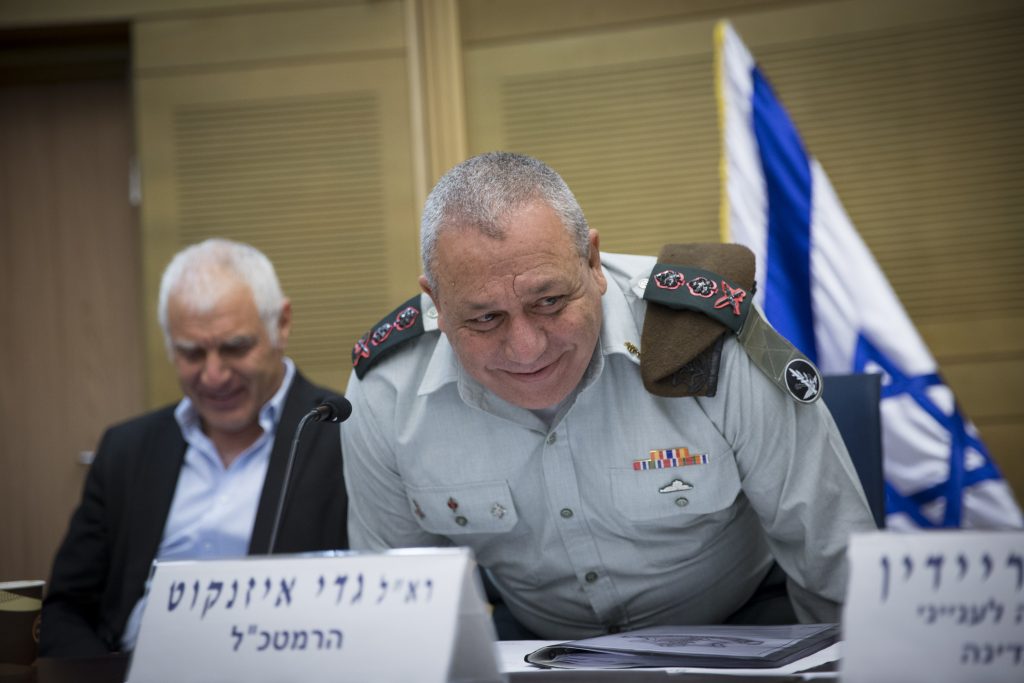 IDF Chief of Staff Gadi Eizenkot downplayed the Hamas terror tunnels on Wednesday, saying that it is only one of many threats facing the country.

However, he also said that the army is continuing its campaign to search out and destroy the tunnels, and has been using ground-penetrating bombs fired from a distance.

Mr. Eizenkot appeared at a session of the Knesset’s State Control Committee convened to discuss the State Comptroller’s report which faulted the IDF and the civilian echelons for allegedly poor handling of the 2014 Gaza war, the Hamas tunnels in particular.

“The underground threat is most serious, and that is how we treat it. But I don’t think it’s right to define them as an existential or strategic threat, and intimidate ourselves,” he said. “We have many threats.”

At the same time, the IDF chief acknowledged that some of the criticisms in the report were valid and have actually been a help in the process it had already begun immediately after the war of learning the lessons of Operation Protective Edge. Some of his testimony before the committee on Wednesday was given behind closed doors.

The tunnels led to the deaths of 13 Israeli soldiers during the 2014 fighting. Thirty-one tunnels were destroyed.

He said that the reprisal attacks against the tunnels were not haphazard, blasting away at “sand dunes and empty bunkers,” but were guided by intelligence and technology that the IDF has been developing.

“Every missile or shell [that] was fired was at a valuable target, at underground targets,” Eizenkot said. “We have developed a capability that allows us to strike them.”

The IDF has dedicated an additional NIS 1.2 billion to eliminating the tunnel threat, and around NIS three billion to improve intelligence in 2016, as well as establish special units to deal with it.

The origin of the tunnels — both in Gaza and in Hezbollah-controlled territory in southern Lebanon — is the Iranian regime, Eizenkot stated.