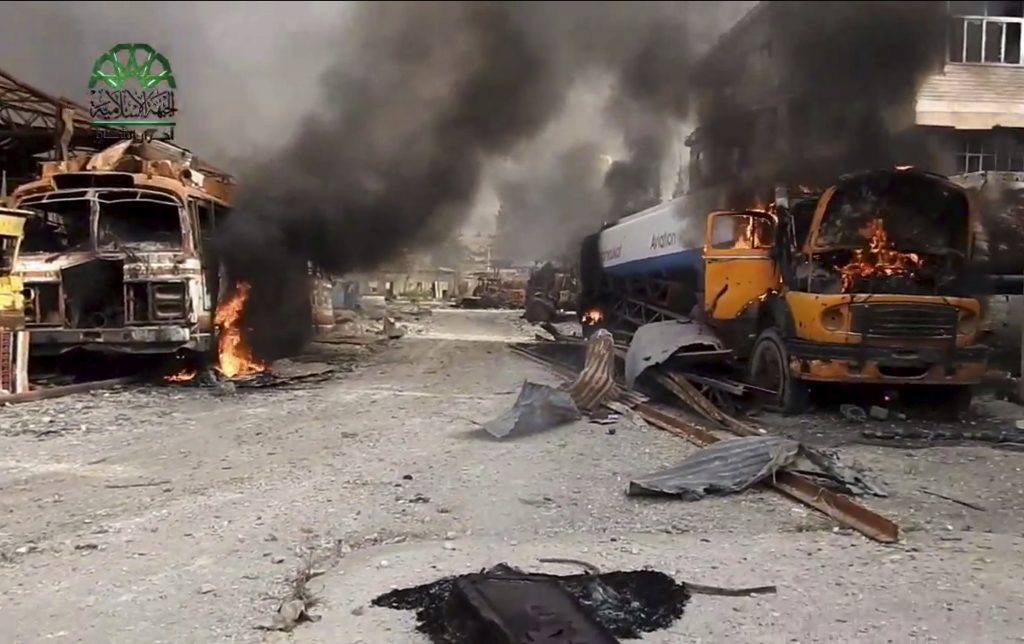 Syrian activists said Wednesday that dozens of people were killed or missing after an airstrike the day before leveled a school near the Islamic State-held city of Raqqa where displaced families had sought refuge.

The activist-run Raqqa is Being Slaughtered Silently, said some 50 families had been sheltering at the school in the northern Syrian village of Mansoura and that their fate was still unknown. Mansoura is 16 miles west of Raqqa, the de facto capital of the extremists’ self-described caliphate, and is under their control.

The Britain-based Syrian Observatory for Human Rights said 33 bodies had been pulled from the rubble. The two organizations rely on local contacts to smuggle news out of Islamic State-held territory.

It was not immediately clear who carried out the airstrike. Syrian Kurdish forces have been advancing on Raqqa under the cover of U.S.-led coalition airstrikes and are now 5 miles north of the city. Syrian and Russian aircraft have also carried out strikes against the IS group.

Elsewhere in Syria, terrorists advanced on government-held towns and positions north of the central city of Hama, the country’s fourth largest city. An al-Qaida-linked group spearheaded the assault, launched Tuesday, by detonating a car bomb in the nearby town of Souran.

The activist-run Hama Media Center said the rebels had reached the village of Khatab, 6 miles northwest of government-held Hama. State media denied reports of the advance.

The offensive coincides with a concentrated effort by opposition forces to breach government lines in the eastern neighborhoods of the capital, Damascus. That operation is also spearheaded by the al-Qaida-linked Levant Liberation Committee.

In Damascus, the insurgents were pinned down in industrial zones in the city’s east. Government airstrikes and artillery fire reverberated through the capital, and smoke could be seen rising above the opposition-held Jobar neighborhood. Residents close to the front lines on the government side were seen leaving their buildings with whatever belongings they could pack in their suitcases.